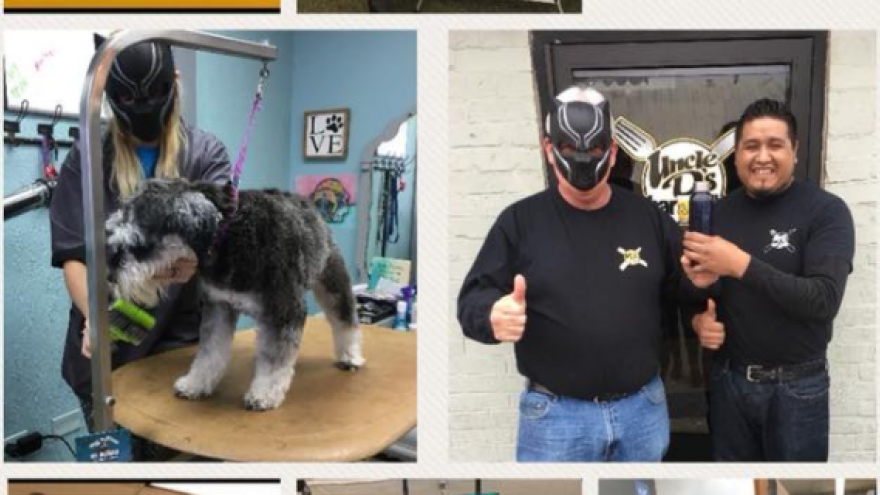 Now, that mega-success is spilling over into a northwest suburb.

The blockbuster movie by Marvel Comics is about an African king who is also a superhero.

The film is set in a fictional African country called “Wakanda.”

There is a real-life Wauconda, only it’s spelled differently.

The Wauconda Chamber of Commerce asked businesses and political leaders in town to wear their Black Panther masks.

And there was an overwhelming response.

From baristas to police officers to barbers, Black Panther was in full effect.

Residents there say it’s been so fun and they hope it brings awareness to Wauconda…w-a-u-c-o-n-d-a.