MILWAUKEE (CBS 58) -- The Milwaukee police officer who was killed in a rollover crash during a high-speed chase with a reckless driver will be laid to rest Saturday.

A visitation for Officer Charles Irvine Jr. will be held from 9:00 a.m. to 1:00 p.m. at Elmbrook Church in Brookfield. A funeral service will follow directly after the visitation at the church.

For the first time since 1996, the Milwaukee Police Department had to lay to rest one of their own, killed in the line of duty.
Services were held Saturday for 23-year-old Officer Charles Irvine Jr. who was killed in a crash during a police pursuit on June 7.
The tribute to Officer Irvine started early Saturday morning when a procession of dozens of officers moved his body from the funeral home to the church.

The scene outside of MPD District 4 this morning ahead of Officer Charles Irvine Jr.’s funeral. A procession is expected to pass by District 4 on the way to Elmbrook Church. @CBS58pic.twitter.com/1kThqCDCqR

Officers on motorcycles led the procession west on Silver Spring Drive as Officers lined the streets and saluted.
As the procession approached, Officer Irvine’s District Headquarters, members of the Fire and Police Departments hoisted a large American flag for the procession to pass under.

SkyDrone 58 was overhead as the procession made its way past District 4 and past the crash scene near 76th and Silver Spring.
The procession then made its way to Elmbrook Church in Brookfield for the visitation and afternoon funeral. 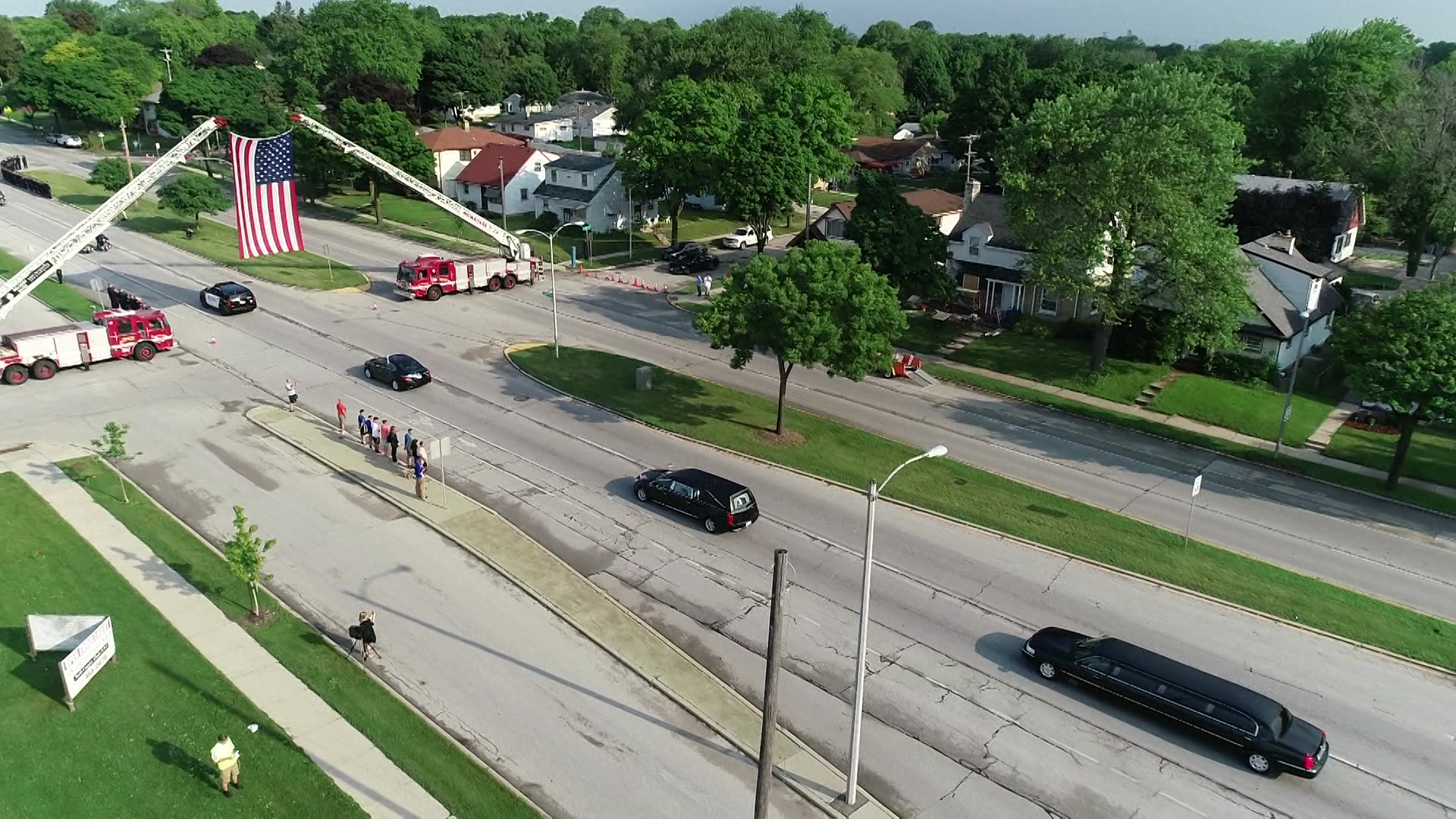 About 3,000 mourners filled Elmbrook Church in Brookfield to honor and show respect to Officer Charles Irvine. Lines of officers streamed through the church as they gave a final salute to one of their own.

CBS 58 also spoke with Officer Irvine's kindergarten teacher who said he always wanted to be a police officer, even at an early age.

Stay tuned to CBS 58 on air and online for full coverage of Officer Irvine's funeral.