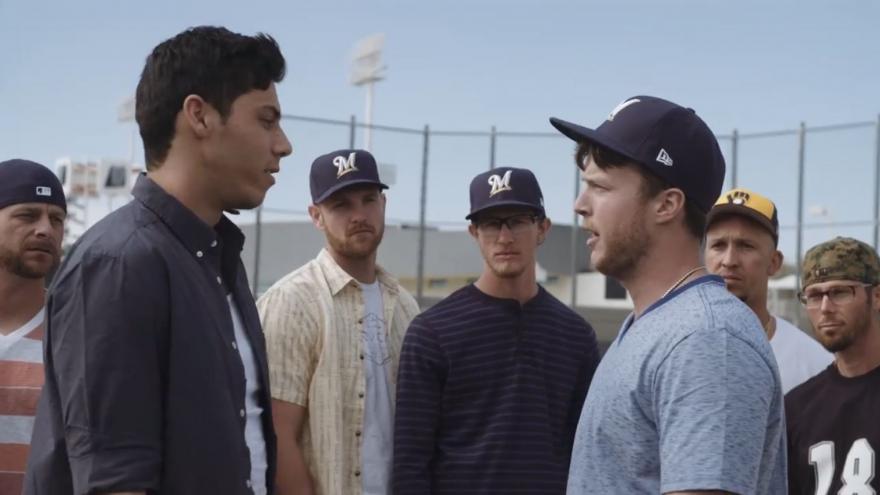 (CBS 58) -- The Brewers apparently have some extra time on their hands at Spring Training. A few members of the Brewers have recreated their favorite scene from "The Sandlot".

The video was posted Sunday evening and quickly went viral reaching over 4,000 shares on Facebook and retweets on Twitter in the first hour.

And Hank played The Beast.

Watch the video for yourself: