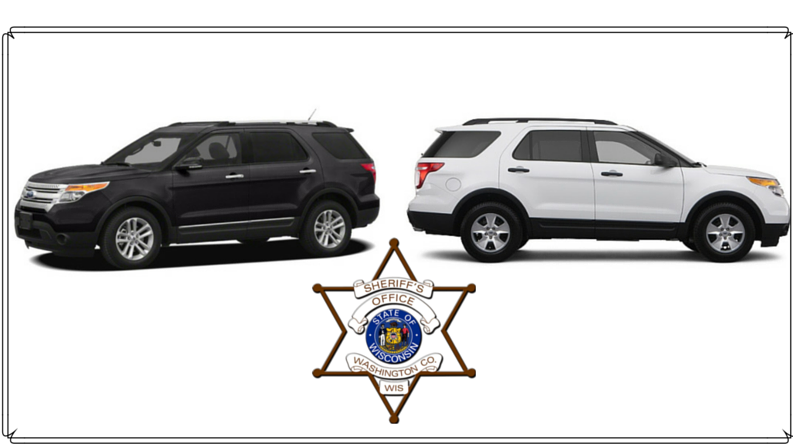 Beginning in 2017, the Washington County Sheriff’s Office will begin transitioning to the Ford Explorer Police Interceptor as our new primary patrol car.

The Explorer will replace the current Chevy Impala’s that are no longer going to be offered. This changeover will occur over a several year period. As part of this transition, the Sheriff’s Office has decided to also look into a new squad graphic design.

As the process begins the Sheriff's Office is looking for design submissions from members of the Washington County community. Their goal is to find a design that is immediately recognizable as a law enforcement vehicle. The base color of the squad car will be decided by the design.

Submissions should be sent to Lt. Tim Kemps at tim.kemps@co.washington.wi.us no later than August 15.