MILWAUKEE (CBS 58) -- The extreme freeze and thaw of winter is taking a toll on roads and cars, causing potholes and bumpy rides for drivers.

CBS 58 drove around the Milwaukee area and found several deep potholes in Riverwest, including one near Locust and Fratney that's hard to miss.

A runway was temporarily shut down Sunday night at General Mitchell International Airport so crews could fix a pothole. No flights were impacted. 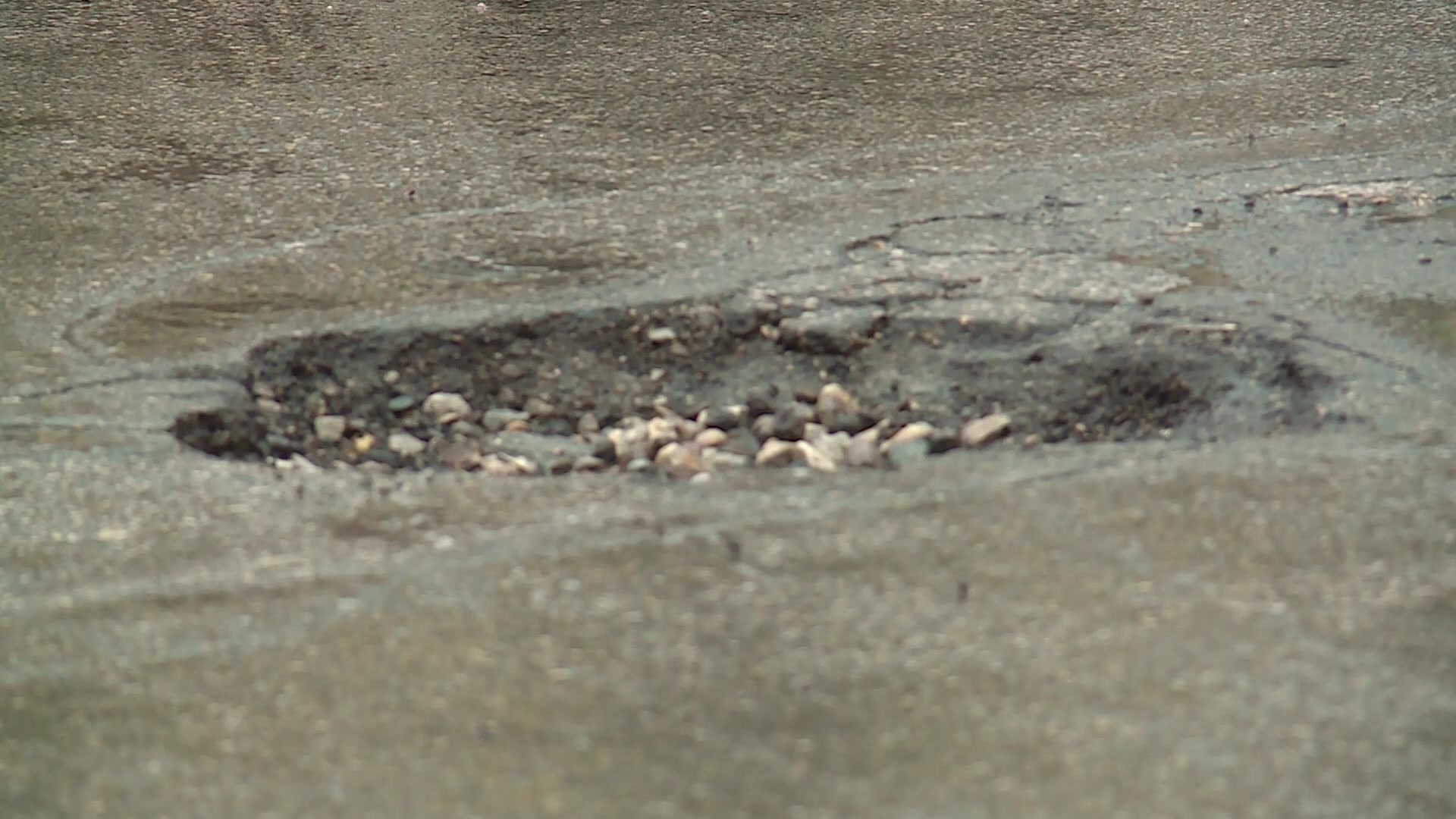 One driver says he sees potholes all over his neighborhood. A cab driver says the potholes have damaged his cab.

"My underneath gets messed up by that. My shocks, struts, everything gets messed up. I get a lot of flat tires from the potholes and everything. You know it bends the rims up," said driver Randy.

"There's a lot of potholes up and down Center Street and especially on the block I live on, on Palmer Street. There's a lot there and then on these main streets like Holton, you're also finding here," says driver Tommie White.

In order report a pothole, you can download the MKE Mobile app. It allows you to send a picture and information so it can be on the list to be fixed.