War Veterans Get a Special Surprise before D.C. Trip 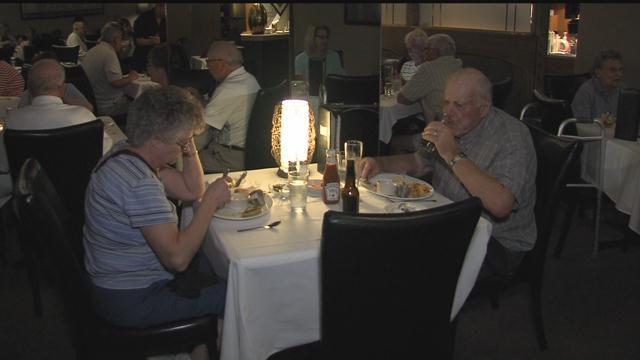 A few times a year veterans in our area get the chance to visit Washington, D.C. and the memorials that have been erected for the wars in which they fought.
For many its their first time ever and one local business is making the trip even better.

The veterans who are leaving on tomorrow's honor flight got an extra special gift; a free meal from the Packing House.

"He says we have to go to the Packing House and I said speaking--they were gracious enough to give all veterans a free fish fry and he said, "I'll be darned!"

"My girlfriend hasn't told me anything and wants me to be excited about it when I get there," he told CBS 58.

Just like Claude Rex, a veteran of the Korean War.

"I've never been to Washington, D.C. I know nothing about it," he said.

The two along with dozens of others are flying for free to our nation's capitol, thanks to the Stars and Stripes Honor Flight.

But were especially honored by a free meal and camaraderie Friday night at the Packing House.

Though they differ in their service, as Rex was a basic training instructor with the Army.

And sanders a fighter pilot with the Airforce.

"I served in 1944. I graduated from high school and went right into the service," he said.

Years later-the pain of war is still all too real.

"Other than that I don't talk about it," he said.

Pain replaced Saturday by honor and gratitude, if even just for a day.

"It will be very emotional after listening to all the things going on. We'll have lots of tissues on hand," said Sherri Hartwig, Sanders' girlfriend.

If you'd like to welcome the veterans home, there is a celebration at Mitchell International around 8:30 Saturday night.