RACINE, Wis. (CBS 58) — Parents and teachers from one school in Racine are hoping to have their voices heard and get their children back in school.

This comes after the Racine Common Council ordered all schools in the city to stop in-person instruction beginning November 27.

Families from Renaissance Lutheran - Villa School came together on Wednesday, December 9 for a peaceful protest.

It started at the school where empty desks lined the sidewalk with quotes from parents and students. 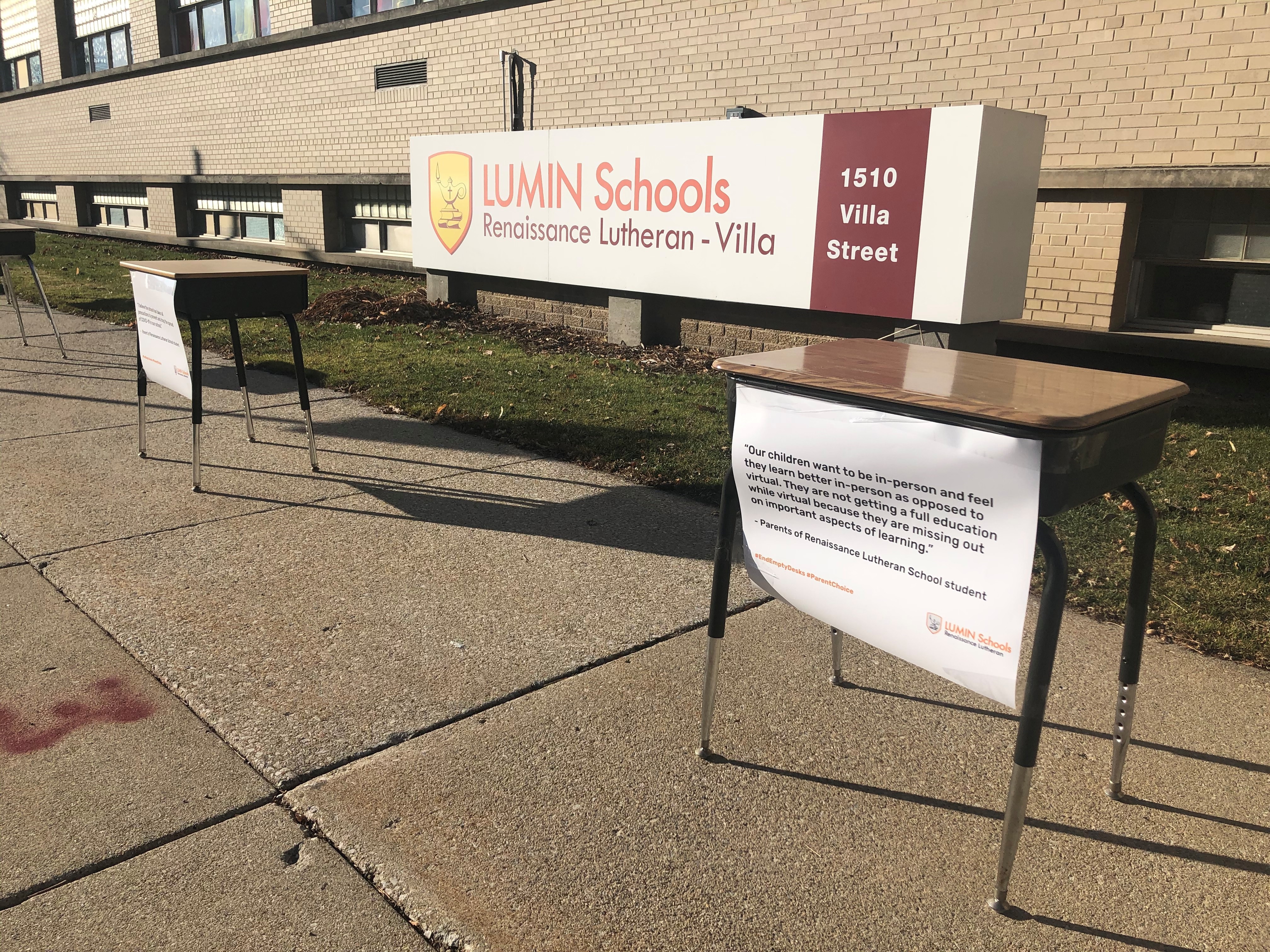 “We feel comfortable, we feel safe sending our kids there, they take all of the precautions,” Renaissance Lutheran parent Raquel Mandujano said.

Principal Tiffany Engibous said the school was offering both in-person and virtual options for families.

“We are recognizing that one size doesn’t fit all,” she said. “Our families have different backgrounds and different needs.”

“We had submitted our health plan to the health department back in the summer and they actually approved it really quickly. So then when we were forced to shut down the school and go all virtual, it was disappointing just simply because we’ve had so much open communication,” Engibous said. “Overwhelming numbers are wanting to be in person at this point.”

A conservative group sued over the order. The State Supreme Court blocked the ordinance and now the case is on hold until a decision is made in a similar case filed in Dane County.

“What we have to go through as parents, as working parents, we actually depend on the schools and the teachers to be able to teach our children and we put them in their hands,” Mandujano said.

“Not everybody has the ability to have good internet at home,” Sixth grader Jeiiah Hawkins said. “I really want to go back to school because I really like school.”

The ordinance calls for schools to be closed through January 15.

Leaders at Renaissance Lutheran want to see students back in school as soon as possible.