Wanted teen behind vehicle pursuit that ended in 5 car crash 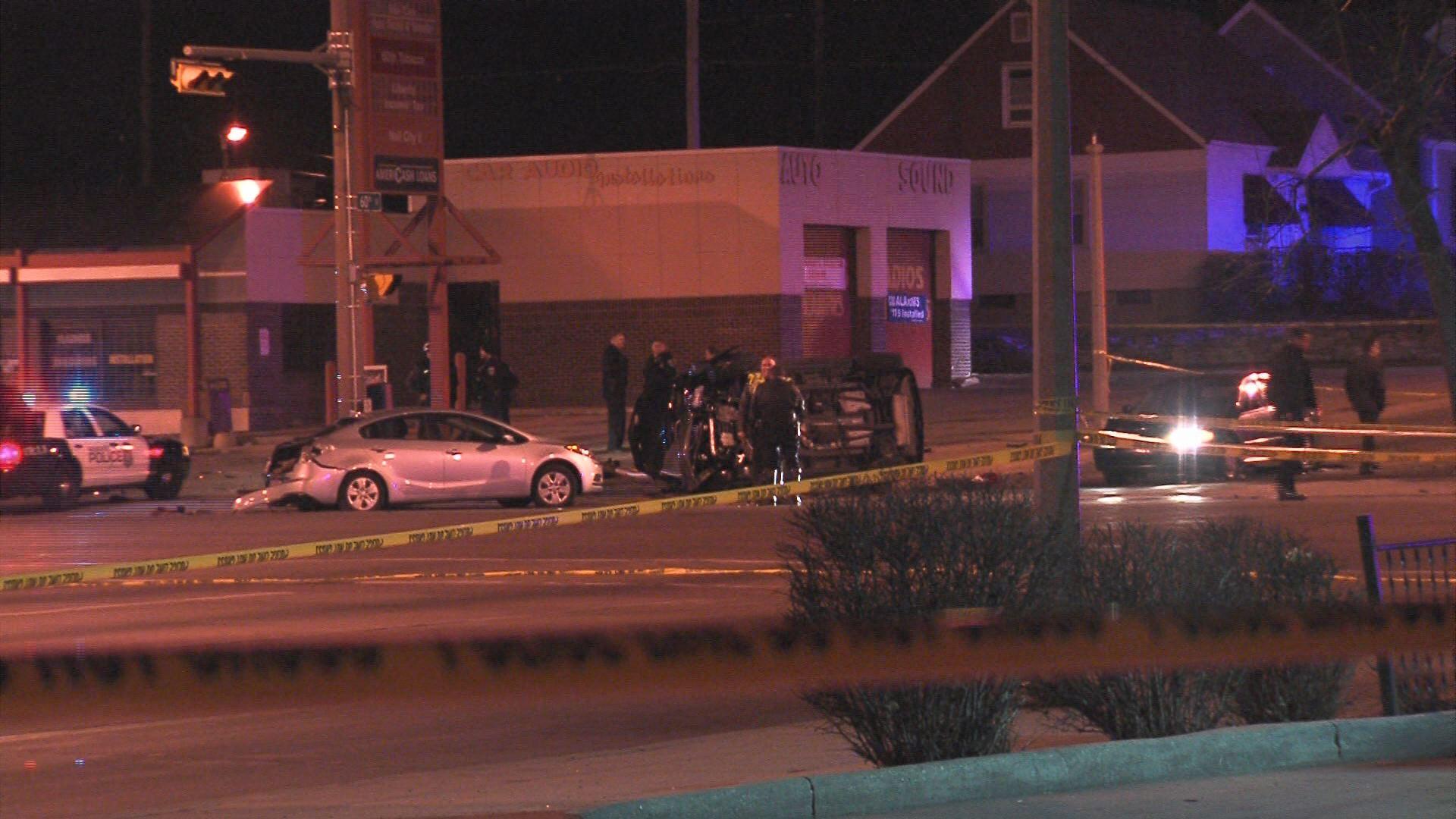 Milwaukee Police Chief Ed Flynn said the 16 year old driver who fled from police and then causes a multi-vehicle accident late Wednesday night was affiliated with the Wild 100$ criminal enterprise which was he subject of a huge round up of other suspects involved in a series of car thefts and armed robberies in the city.

Leading up to the crash, officers were in pursuit of a vehicle that was taken during an armed robbery in the 3500 block of N. 97th Street about an hour earlier.  The vehicle was located with the help of On Star.

The suspect, a 16-year-old Milwaukee boy, led police on a short chase.  It ended when he ran a red light, causing the five car crash.

\"The officer who had been pursuing the teen rendered aid and revived him on the scene,\" said Chief Ed Flynn.

The teenage suspect was still hospitalized at last report. Chief Flynn said he was wanted since February for stealing a Porsche. Chief Flynn also said that police and social workers had long been working the family to get him away from the gang lifestyle .

A judge gave him a chance with 1 year probation but instantly the boy did not cooperate with the terms and refused to put on an ankle monitoring bracelet.

Three people in the other vehicles were also injured.  A 38-year-old women, 46-year-old woman, and a 34-year-old man were all taken hospitals with non-life threatening injuries.  An additional driver, a 41-year-old male was not injured and remained on scene.

The Wild 100$ originated in Chicago but according to Chief Flynn established a stronghold in Milwaukee where \"they inflict harm on their own neighborhoods.\"

Several suspects associated with Wild 100$ have been linked to the fatal shooting of Bill Thao, a little boy killed when gunfire entered into a home where his family had gathered. The investigation later revealed that the suspects shot into the wrong duplex.