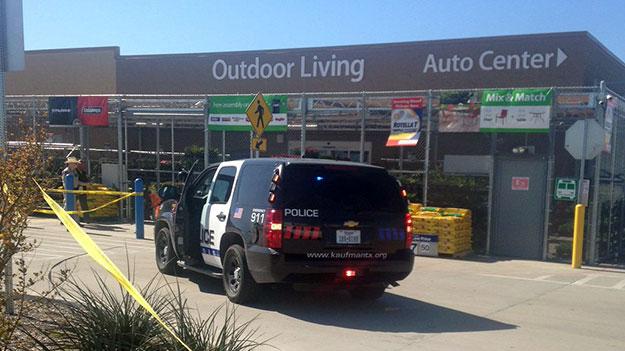 KAUFMAN (CBSDFW.COM) – A man in Kaufman, Texas walked into a Walmart on Tuesday and fatally shot an employee in the garden center, according to CBS Dallas.

The shooting took place around 9:40 a.m.

According to CBS Dallas, there were other customers inside the store at the time of the shooting but no one else was injured.

The call was first reported as an active shooter situation, and then later as a murder-suicide.

According to Capt. Fred Klingelberger, the 55-year-old male suspect, Donald Ray Coleman, walked into the store’s garden center and fired shots at employee, 59-year-old John Morgan. The suspect then turned the gun on himself. Authorities explained that the two men were friends.

After the shooting, officials with Walmart issued the following statement about the incident in Kaufman.

“We’re deeply saddened by the tragic situation that occurred in our store today. We’re assisting law enforcement however we can and our thoughts are with the families and our associates at this time.”

The store was placed on lockdown while authorities responded to the scene.