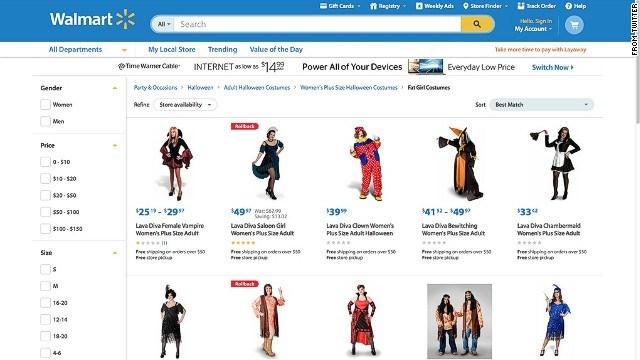 You won't find it there now, thank goodness, but it stayed there for a large part of the morning -- and long enough for multiple screen grabs.

The presence of the category was first reported by Jezebel, which in turn was alerted by a reader who stumbled upon it while looking for costumes.

It was basically a collection of costumes that you'd usually find on the site's plus-size women's section.

After Twitter users complained in droves, Wal-Mart took down the section and sent out multiple apology tweets.

\"This never should have been on our site. It is unacceptable, and we apologize. We worked quickly to remove this,\" the tweets said.

Now, can we please do something about those sexy ebola containment suit costumes?