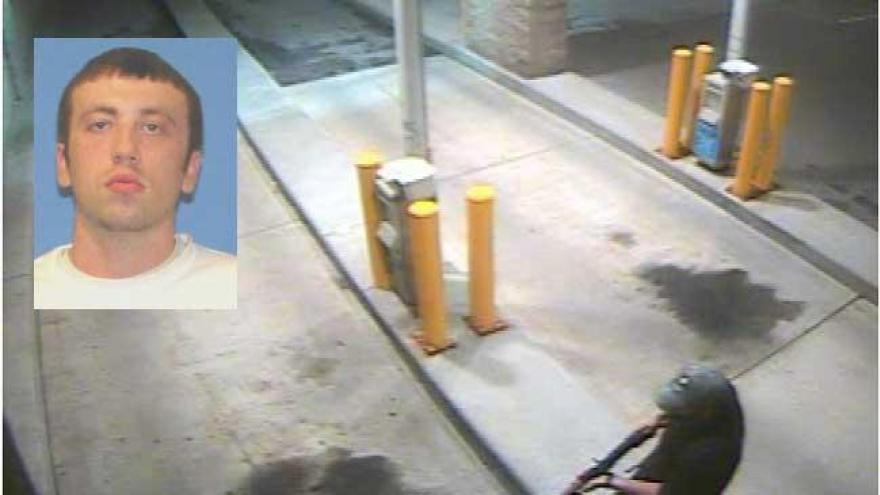 The Eau Claire Sheriff's Office confirmed Mitchell Owens was found in the woods in the Town of Seymour.

Police had been searching there since late yesterday morning.

The police said to CNN the area is safe and secure.

Overnight police blocked off a section of Olson Drive. The area was near where they believed Owens was hiding in the woods.

Sheriff Kramer told CNN they planned to wait him out rather than try to push him out of the woods.

A plane with heat-mapping technology was brought in, but was not able to locate owners.

Owens was spotted at the Eau Claire Kwik Trip  yesterday around 10:00 am. High speed chase began there between Owens and police.

Owens ended up crashing  his car at Country Road Q and 140th Ave in the Town of Seymour. From there he took off running into a large wooded area. No one in that neighborhood was allowed to go home overnight. We are told Olson Drive will remain closed between 140th and 150th Street at this time. But residents can return to their homes.

Mitchell Owens abducted a 21 year-old Walmart employee around 3:30 am on June 8 at the 250 E. Wolf Run store in Mukwonago, Wis.

It was reported to the Village of Mukwonago Police Department at 5 am. The employee was abducted in the parking lot and was later able to escape 230 miles away in Eau Claire. Police say the Walmart employee came out of the store for her break around 3 to 3:30 in morning, and that is when a man forced her in his car. An employee had not heard from a friend since she had gone on her break. He later received some text messages and voice mails which led him to believe that his friend may be in distress. Wal-Mart management reviewed surveillance videos and observed what appeared to be an abduction.

The suspect was known by the victim.