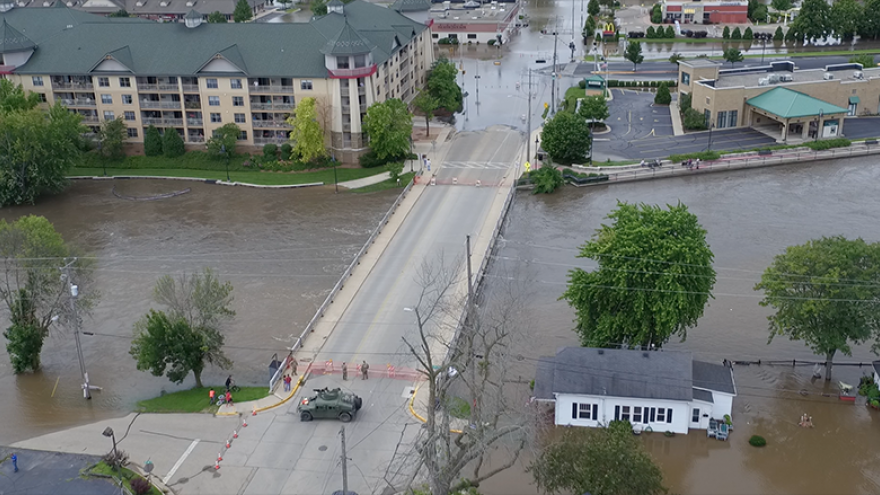 “These floods have devastated so many families in southeast Wisconsin,” Governor Walker said. “Our first responders, emergency managers, volunteers, and local officials have been working tirelessly to help those impacted by the flood waters. I look forward to having FEMA in our state to assess damages as we look towards possibly requesting federal disaster assistance.”

Overnight on July 11, more than eight inches of rain fell in southeast Wisconsin, flooding thousands of homes and businesses, closing major roads and bridges, damaging dams and other infrastructure, and causing the Fox River to rise to a record flood stage in Burlington and New Munster. Fortunately, there were no serious injuries.

Teams comprised of officials with FEMA and Wisconsin Emergency Management will work with local and state officials in viewing both residential and public infrastructure damage.

Governor Walker continues to be updated about the cleanup and recovery efforts in southwest and west central Wisconsin. Those areas were hit by flooding last week. Damage assessments are just beginning in some of those communities and a decision will be made soon on the next step for assistance.