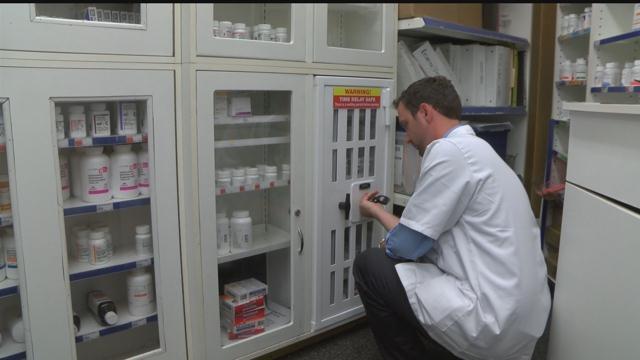 Walgreens is expanding a program to protect employees and customers and keep over-the-counter medications out of the hands of criminals.

It's a new concept in the Milwaukee area, involving time delay safes, in order to prevent the immediate availability of controlled substances to criminals.

The safe isn't just bolted to the ground and locked. It also has a time delay to discourage would-be robbers.

Pharmacists have a key to unlock it. The safe stays locked for several minutes, then it notifies the pharmacist once it's ready to open.

This extra time is critical because it gives law enforcement more time to arrive and capture the criminals in the act.

\"The police are busy... there's a lot of calls coming in, and certainly a robbery of a pharmacy is a priority, but if we are not immediately outside, it's going to take us a little bit of time to get there,\" said Captain Jason Smith from the Milwaukee Police Department.

The program has been successful in other states like Indiana, Tennessee and Washington. The hope is, it will also make a significant difference in our city and our state.

\"This is a great first step to deter pharmacy robberies in the City of Milwaukee,\" said Christopher Ladwig, Community Prosecutor for the District Attorney's Office of Milwaukee County.