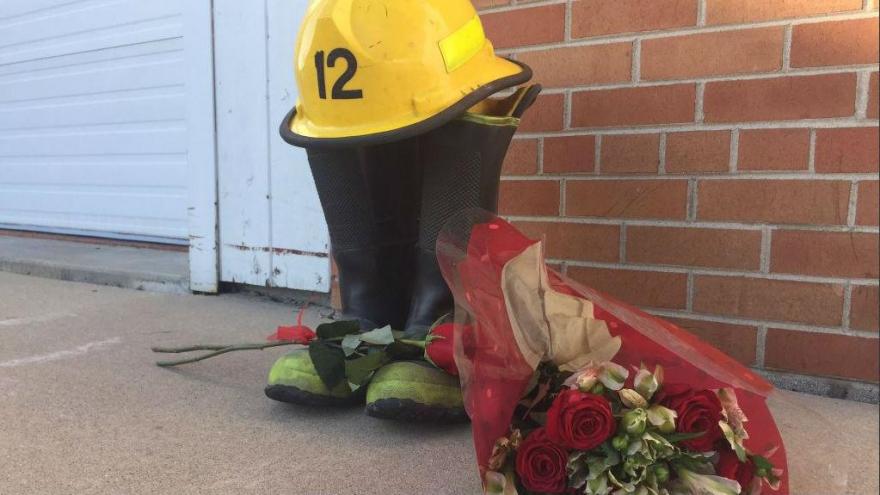 According to a fellow Waldo firefighter, Ryan and two other firefighters were traveling around the area collecting donations for the Waldo Fire Department brat fry coming up in March.

In a press release from the Waldo Fire Department they said that Ryan Moyer lost control of his pick-up when the crash occurred.

Deputies arrived on the scene and found a total of three victims, all in their mid-twenties and early thirties.

Ryan Moyer who was trapped under the car died on the scene. One occupant was taken to Aurora Sheboygan Memorial Hospital with non-life threatening injuries. The other occupant was transported via Flight for Life to ThedaCare Medical Center in Neenah with serious injuries.

Ryan Moyer is survived by his wife and 3-month-old son. He was a 5-year volunteer of the Waldo Fire Department.