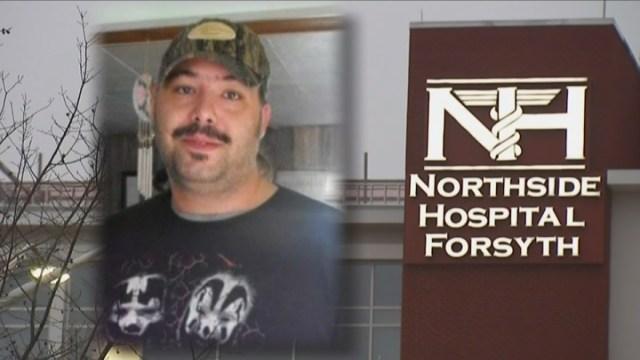 DAWSON COUNTY, GA (CBS46) - Police say a man was intentionally poisoned by a co-worker at a Waffle House.

The incident occurred at a Waffle House in Dawson County, Ga., which is about 57 miles northeast of Atlanta.

"It's the most devastating thing you can ever go through," Mikeals' mother, Pam, told CBS46 in an exclusive interview. "I was scared, I was terrified."

Deputies told CBS46 that Evans is not cooperating with the investigation and they have no motive, but surveillance video allegedly shows her taking Mikeals' drink to the bathroom, then returning it without him realizing. They believe that is when she dropped in the methamphetamine.

Mikeals' family told CBS46 the father collapsed after ingesting the drugs. He was in a coma for four weeks. He cannot walk and can barely speak.

"This is low, this is somebody you work with," Dawson County Captain Tony Wooten said. "We believe, obviously, that it was intentional; that she took the methamphetamine and put it in the cup for him to drink."