Voting off to strong start in Milwaukee 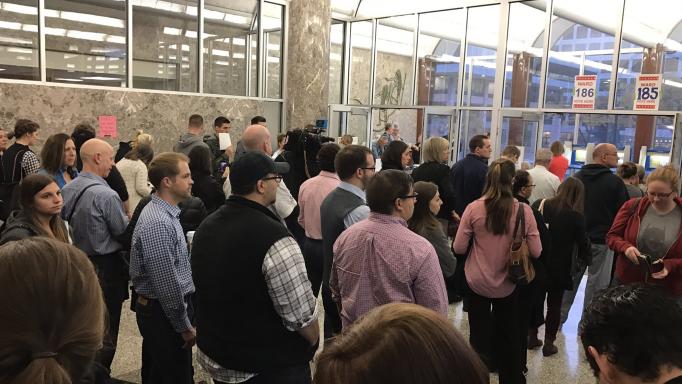 Voting is off to a strong start in the City of Milwaukee according to city election officials. Voters were lined up  before polls opened at 7 Tuesday morning, at most of the city's 195 polling locations.

Elections officials say the first two hours after polls opened were probably the most robust they will be all day.

By 10 o’clock Tuesday morning, an estimated 20-30%  of registered voters in Milwaukee had already cast their ballots.

That’s on track with the expected 87 percent of registered voters who will vote in the city of Milwaukee.

There has been some confusion about the state’s voter photo id law, but poll workers are working with voters to make sure they understand  what they need to do to make sure their vote counts.

Neil Albrecht with the city of Milwaukee election commission says, while lines are expected for much of the day, having multiple locations for early voting is helping reduce wait times today.

"That’s a win-win, not just for the people who early voted to get their ballots in, but also for everyone appearing at those polling places today because they have 52, 300 fewer people attempting to vote at the same time," Albrecht explained in a press conference.

The Milwaukee Election Commission says there have been minimal tabulating issues, but rapid response teams are dispatched throughout the city to help with any issues that may arise.