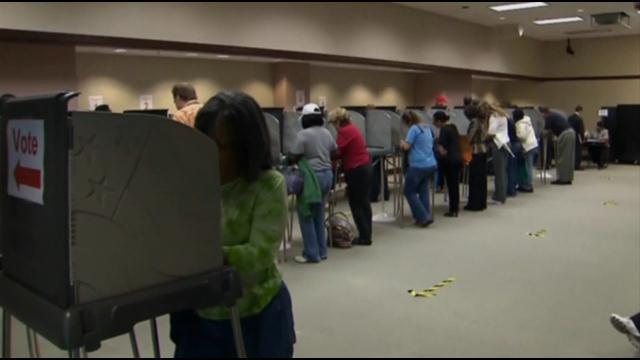 The US Supreme Court decided not to hear an appeal of Wisconsin's voter ID law, which requires voters to show a picture ID at the polls.  And while it doesn't change anything for this next election, lawmakers say it could have a big impact in the future.

\"The law that we have in Wisconsin is an effective one and it should be utilized and we should be able to move forward,\" said State Senator Paul Farrow.

\"I think it's just another day in the regressive era where we're taking that back and rolling back the ability of people to access the polls,\" said State Senator Chris Larson.

Its an issue that many lawmakers are passionate about but that has divided them for years.

\"We've had a number of constituents that were concerned and they wanted to make sure they were the person voting under their name. It's easier to see a picture with their name on it to make sure that we've got the right person there,\" said Farrow.

\" Its just simply adding another layer for people to get to the polls. That's it.The in-person voter fraud is so rare. It's a fraction of a percent,\" said Larson.

The voter ID law was first passed in 2011 and was used just once in the spring of 2012 until legal battles put it on hold. With the Supreme Court's latest actions, the law can now be used again.

\"the Attorney General said were not going to use the photo ID's for this election but from this point moving forward we're going to have it in place for all the other elections,\" said Farrow.

At least for now.

\"They're clinging to this old ideology. But it'll shift. The supreme court and the electorate will shift,\" said Larson.

Farrow says, if you do need an ID. ones that are accepted at polling places are available for free at the DMV.