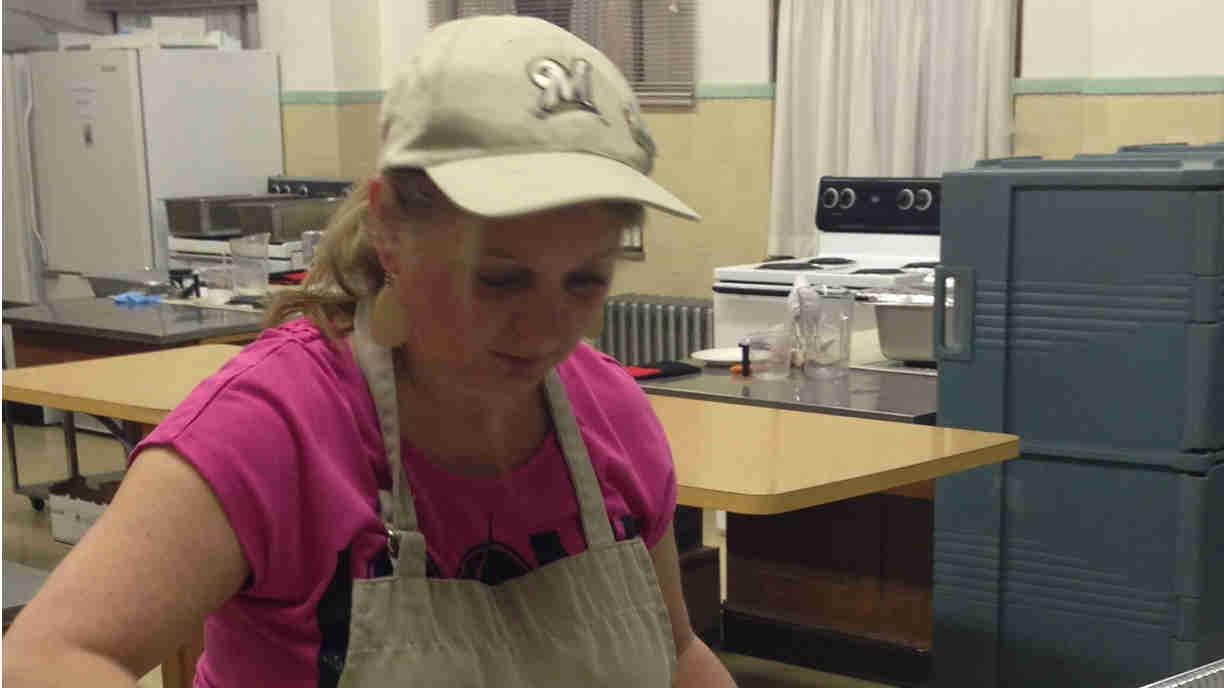 It's before dawn in the kitchen of the Marian Center in St. Francis and volunteers are happy to be up, laboring over hot stoves and pans.

\"I'm in charge of the green beans,\" said Laurie Hooper from Oak Creek. \"Warming them up so they're nice and hot for the dinner.\"

For some volunteers, like Scott Rutta from New Berlin, they're lending a hand even if cooking isn't their strength.

\"I usually drink beer and watch football, he said.\"

Thankfully on this Thanksgiving, his job is just boiling water. However, he's grateful to complete the task alongside his family.

The vision to serve others began in 1986 during a time of grief for Jeffrey Hansen.

\"My grandfather committed suicide, took his own life,\" explained Hansen. \"So that gave me the inspiration of starting something for seniors that were lonely.\"

Over the years, Hansen's non-profit, \"Community Projects for Seniors,\" has evolved from 300 meals and three volunteers to 500 volunteers. Each of them work side-by-side filling stomachs and a lonely void on the holiday. When all is said and done, they will have cooked, packaged and delivered more than 4,200 in eight hours on Thanksgiving morning.

\"You get so many letters saying how thankful they are,\" Hansen said. \"Even delivering the meals, they're actually in tears.\"

\"When you wake up in the morning on a holiday and you're all by yourself and you don't have a family, it's nice to get a treat,\" said Hooper. \"[Like] when you have a nice turkey dinner and vegetables.\"

Of course, pumpkin pie is for dessert. All of the food is purchased in bulk through donations to the organization, which is how the operation survives. It's a lot of team work, but everyone involved knows the reward is worth it.

\"Just seeing their smiles and how thankful they are that somebody has not forgotten them,\" Hansen said.

Community Projects for Seniors cooks and delivers holiday meals three times a year: Easter, Thanksgiving and Christmas. If you're interested in helping or giving a donation, call (414) 444-6544.