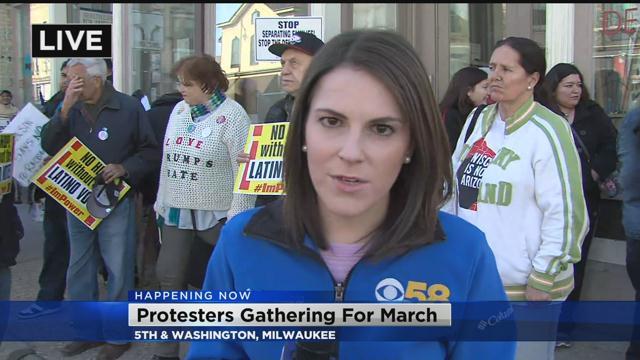 The plan is to march from there to the Riverside Theater ahead of Tuesday night’s GOP town hall.

Marchers said they are protesting Donald Trump and Ted Cruz's positions on immigration and remarks both candidates made about Muslims.

Trump called for a halt to all Muslim immigrants and Cruz called for policing of Muslim neighborhoods.

Organizers said this will be a peaceful demonstration to what they call hateful messages.