EAGLE, Wis. (CBS 58) -- All schools in the Palmyra-Eagle Area School District will be in session as scheduled on Thursday, June 7, 2018.

Heightened vigilance and an increased adult presence will be found in all three school locations.

As a reminder, schools will be dismissed at 12:30 PM following lunch.

EAGLE, Wis. (CBS 58) -- Through an investigation the Sheriff's Department learned that gunfire was exchanged between family members during the domestic incident. No one that deputies have interviewed was injured by the gunfire but it is unknown if the wanted man, Jonathan Pogreba, was injured.

Authorities still consider Pogreba to be armed and dangerous.

CBS 58 has confirmed that Pogreba and his wife filed for divorce on Monday, June 4, a day before the domestic violence incident.

VILLAGE OF EAGLE, Wis. (CBS 58) -- Due to the ongoing search for a man Waukesha County authorities believe is armed and dangerous, the Palmyra-Eagle Area School District canceled classes on Wednesday.

VILLAGE OF EAGLE, Wis. (CBS 58) -- The search continues Wednesday morning for a man authorities believe is armed and dangerous.

A different family member then retaliated by shooting at Pogreba near Wilton Rd. and State Road 67 in the Village of Eagle. Pogreba then left and later returned and fired a shot at his family with a handgun.

Authorities believe he is still armed and dangerous.

Pogreba is described as a white male, approximately 6'0, and weighing 210 pounds. The man was last seen wearing a "dirty" white shirt and blue jeans.

If you see anyone matching the description, you're asked to call 911.

VILLAGE OF EAGLE, Wis. (CBS 58) -- The Waukesha County Sheriff's Office confirms they are searching for a man believed to be armed and dangerous.

According to a release, the Sheriff's Office was called out for a domestic-related incident between a husband and a wife in which a weapon was fired.

The wanted suspect is 43-year-old Jonathan Pogreba. He's described as a white male, approximately 6'0, and weighing 210 pounds. The man was last seen wearing a "dirty" white shirt and blue jeans.

If you see anyone matching the description, you're asked to call 911.

This is currently an active investigation.

VILLAGE OF EAGLE, Wis. (CBS 58) -- The Village of Eagle Police Department is warning residents to stay indoors while the Waukesha County Sheriff's Office continues their search for a potentially dangerous suspect.

The suspect is believed to be in the area of Wilton Road and Kettle Moraine Drive. 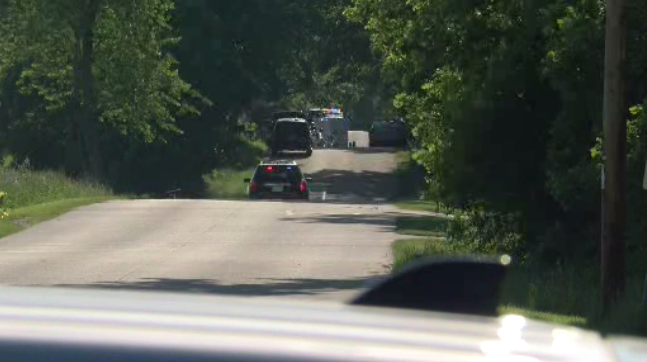 Police ask that residents stay indoors and close and lock their doors and windows. 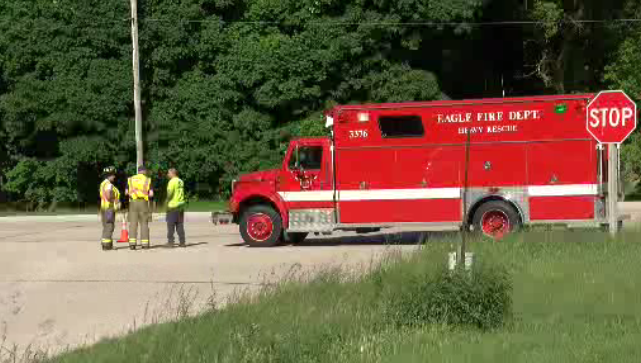 Anyone who hears or sees anything suspicious is asked to call 911.