Vikings' Glass Stadium is Killing Birds at an Alarming Rate 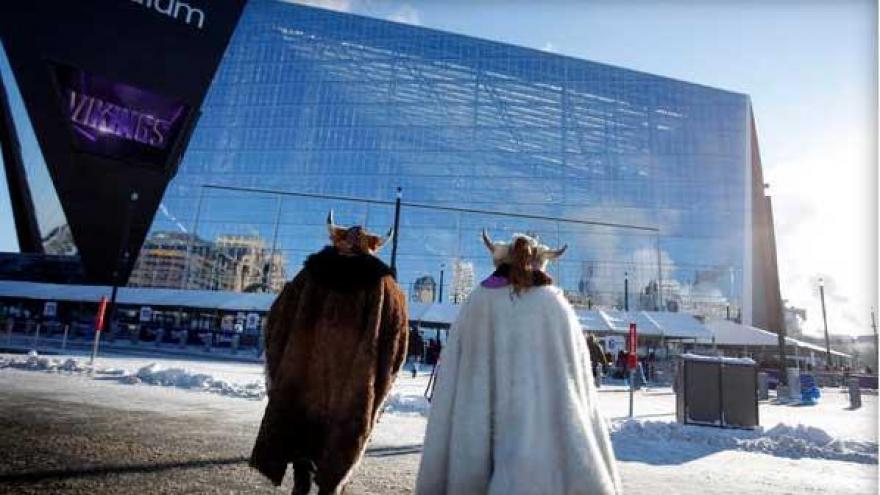 MINNEAPOLIS, Minn. (CBS NEWS)-- In early 2018, the Super Bowl will travel to Minneapolis, and the focus will be on the Vikings’ shiny new stadium, a sparkling, glassy structure. But there’s one problem with the stadium: It’s killing a bunch of birds who are being tricked by the reflective glass on the outside of the stadium walls.

A trio of organizations -- the Audubon Chapter of Minneapolis, the Minnesota Citizens for the Protection of Migratory Birds and the Friends of Roberts Bird Sanctuary -- worked together to prepare a report that details the concerns about the stadium’s effect on birds flying into the stadium.

The results are not pretty.

Over a two-hour span, City Pages reports, the belief is that the stadium is killing up to 500 birds a year.

This pace would make it the deadliest building in Minnesota for birds.

“For comparison, the highest mortality recorded for a single building in Minneapolis during a three-year study of bird-building collisions was 250 birds over six migration periods, 7 averaging 42 birds per migration period,” the study reads.

The stadium is apparently located in the Mississippi Flyway, “a bird migration route that stretches from Canada to the Gulf of Mexico and Central and South America.”

The groups want the stadium to either replace the glass or coat it with some sort of product that limits the reflectiveness of the glass on the outside to prevent as many birds from running into it. As noted by Deadspin’s Barry Petchesky, there’s a precedent for replacing glass in sporting venues and immediately seeing bird mortality rates drop.

The issue here is that the group in charge of the stadium believes that it might ultimately cost $60 million to replace the glass. That’s a pretty untenable number (over $120,000 per dead bird!) even though the optics of allowing a lot of birds to die are not pretty.

Maybe some more protestors can show up and rappel off the glass until they cough up the money.

This article was originally published on CBSSports.com.