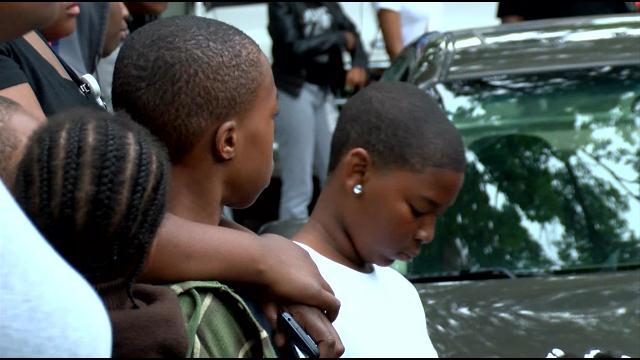 A vigil for 13-year-old Giovanni Cameron on 22nd and Eggert erupted in chaos Wednesday night. Dozens of kids took off running after someone said they spotted the boy who killed Giovanni. However, the group returned with no one instead several people cried out in confusion. Giovanni’s family says it was the young teen's same-age cousin and that he ran away after the shooting. Police have not confirmed that account. Shortly before the commotion, the mother of Giovanni was overwhelmed; an ambulance was called to assist her. One man showed up who didn't even know Giovanni but felt compelled to support the family after all the Milwaukee violence.

\"To be honest, I really don't feel safe in my own city, and I really hate to say that because I love my city to death but like I said before, this violence it just has to stop. It has to stop. Milwaukee is getting out of control,\" Maurice Mcclendon said.

Police are still searching for the suspect involved.