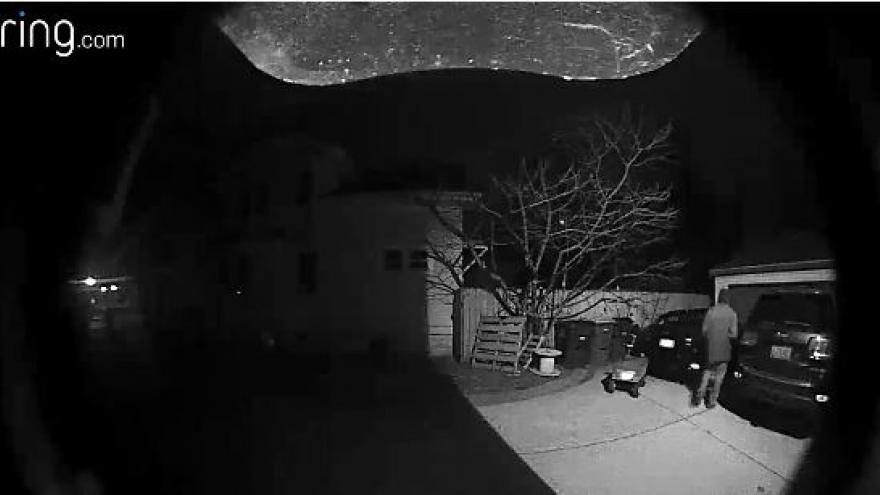 SHOREWOOD, Wis. (CBS 58) – Police are asking for help to find a person caught on camera prowling around a home in Shorewood.

According to investigators, the individual was “shopping” for open cars when caught on motion camera. The incident happened in the area of Capitol Drive and West Oakland Avenue around 3:45 Saturday morning. Police posted the video on their Facebook page.

Police say nothing was reported stolen and there haven’t been any reports of similar incidents recently.

Shorewood Police say a number of cars were broken into or stolen during the winter, with an estimated 90% being unlocked vehicles. In their Facebook post, the department thanked neighbors for making sure their doors locked.