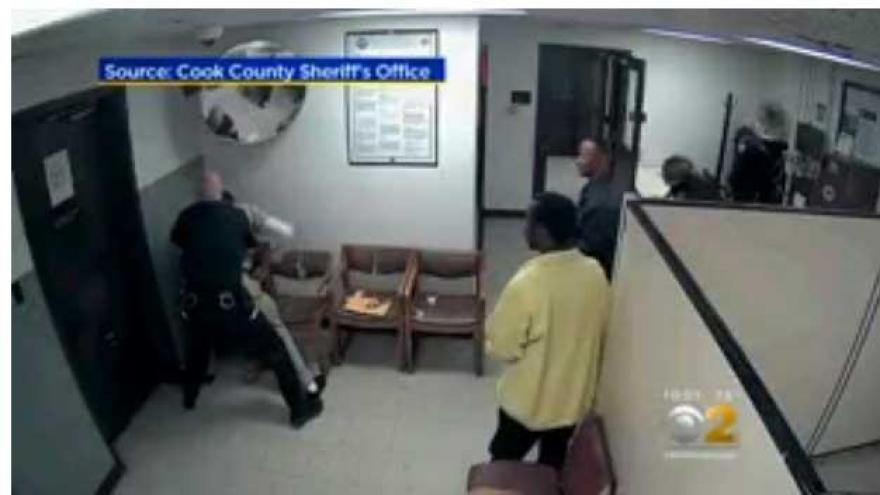 In the surveillance video released by the Cook County Sheriff’s Department, 19-year-old Antwan Jones appears to be sleeping while he’s handcuffed to a chair in a holding room before bond court Wednesday.

A deputy grabs the inmate from behind and pulls him off. The attacker is facing his own murder charge.

Prosecutors say Jones was shooting at rival gang members Saturday, over a beef about drug turf. He hit Takiya instead, while she was sitting in a van with her mom near 65th and King.

Takiya – one of two girls fatally injured Saturday — died three days later. She is the cousin of community activist Andrew Holmes, who suggests even jail inmates think killing children is beyond the pale.

“When it’s a child, that hits a nerve,” he tells CBS 2’s Audrina Bigos.

Jones is in protective custody at the Cook County Jail.