Video and More Information Released in Officer-Involved Shooting in Sheboygan 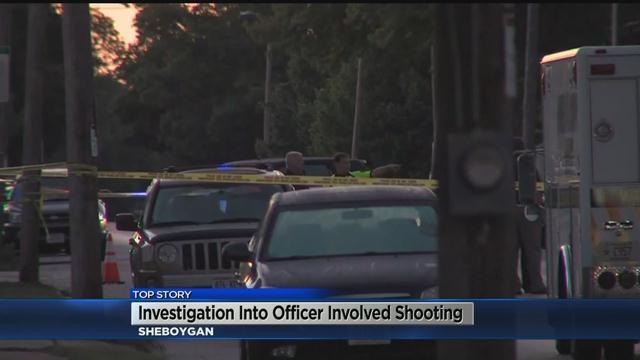 We're learning more about the heavily-armed military veteran who was shot and killed by Sheboygan Police during an encounter at a tavern nearly 2 weeks ago.

The DA today said the officers involved in this incident followed policy to a “t”.

He, also, said this was a particularly disturbing case for him.

District Attorney Joe Dececco said the suspect, Kevin Higgins, who was killed in the shooting, walked into the bar that night wanting to die.

Dececco said Higgins was a military veteran who had suffered from PTSD in the past.

He walked into the bar wearing camo when he attempted to rob the bar, he barely took any of the money he was offered.

Higgins also had multiple guns and hundreds of rounds of ammo, and that the patrons in the bar were seconds away from dying, had the officers not arrived as quickly as they did.

This led to the DA's emotional plea for stricter gun laws.

"How many law enforcement agencies will have to bury fellow officers killed in the line of duty just because these types of firearms and extended magazines are readily available,” asked Sheboygan Cty DA Joe DeCecco.

This investigation is ongoing, the sheriff’s department is waiting for toxicology results to come back on Higgins and they are also working with the military to dig more into his service background.

As for the officers we are told they are doing well, there is no set date yet for their return to work.