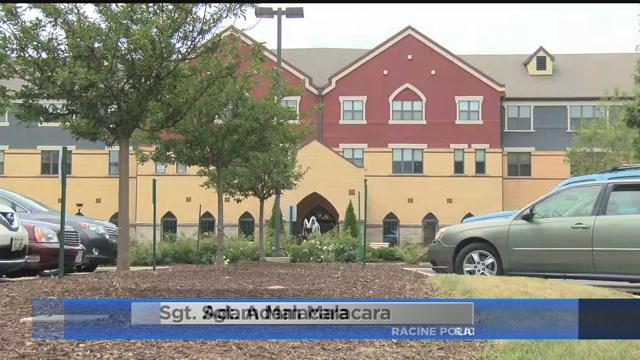 He was supposed to be a trusted employee, but police say a maintenance worker at a local assisted living facility was caught stealing medication from elderly patients.

Jamie Hamilton was charged yesterday with burglary and possession of narcotics.

He was caught thanks to two residents who suspected something was up and set up a hidden camera.

It happened at Lake Oaks Senior Apartments is where this happened.

The crime is still under investigation, so we aren't able to show you the cell phone video this man took to catch the maintenance worker. Just 10 minutes after the man and his wife leave for lunch.

The maintenance worker comes in the door, puts on black gloves and goes straight to the medicine cabinet.

It's locked, so he turns the cabinet away from the wall, and unscrews the back panel to take the medicine.

Within 2 minutes, he's back out the door.

“We are sick to our stomachs. I mean just I literally wanted to cry. Just seeing how brazen he was,” said one of the victims.

The man and wife said they thought they were forgetful, but setting up the video camera helped prove their suspicions.

“He had taken our cabinet, locked, turned sideways and taken back cabinet off to get into pills,” said one of the victims. “I thought of the old toothpick in the door trick . Where you put a toothpick in the jam of the door where can't see it. when you open the door it'll fall to the floor. and it fell several times.”

“Obviously this is a great story because  he wasn't sure if he was getting up there in age and if he was losing it, or he was misplacing pills of somebody was actually taking them. he was validated he knew he wasn't losing his mind and he helped us catch the offender in this case,” said Sgt Adam Malacara, Racine Police Dept.

Other residents here have reported pills missing, and the case is still under investigation pending additional charges.