Victim's Name Released on Hit and Run on Layton and Rogers 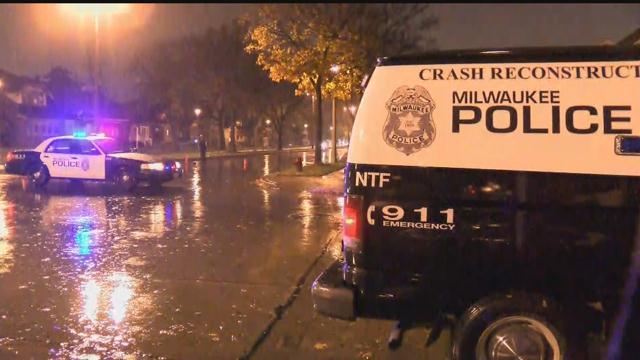 The name of the man who was killed when he stepped off the bus here at Layton and Rogers was released by Milwaukee Police.

Milwaukee Police said David Montanez was hit by a van when he tried to cross the street.

They said the man behind the wheel is a 73-year-old man.

Officers have not released the driver's name, but we do know that witnesses were quick to identify him. The driver is now behind bars.

The crash happened around 5:00 PM on Tuesday night when it was dark and rainy.

Police did not say if weather actually played a factor in the crash or if the driver had a medical condition.

People living near the Layton & Rogers say drivers need to slow down.

"He was waiting for the cars to pass by," A witness, who asked not to be identified, told CBS 58. "The ones on the first line him, then I noticed he was halfway through the middle, I think that's when he got hit by the car. They were driving really crazy yesterday."

She says she got off the bus right before the man.

"We crossed the street," she said.  "He was already half way in the middle. All of a sudden I heard a big bang. Then I turned around and I told my granddaughter, where's that old man, he's not behind us."

Alderman Bob Donovan stopped by the area Wednesday.  He says drivers need to slow down all across Milwaukee.

"Looking at this intersection, would it have helped if there were lines painted?  Maybe, maybe not, it's hard to say. I will certainly be in contact with our traffic engineers is there anything possible that could have occurred here that could have prevented this, that's our job."

Milwaukee Police continue to investigate this case, they have a 73-year-old man in custody.  They will turn the case over to the Milwaukee County District Attorney in the coming days.