Victim shaken after man tries to abduct her in Greenfield Park 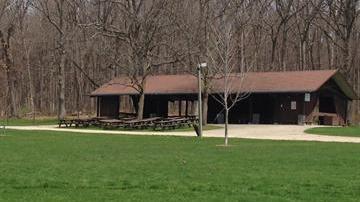 She told investigators a masked man approached her after dark and tried to abduct her.   It happened in Greenfield Park, close to 123rd and Lincoln in West Allis.   A white man in a black ski mask went up to a woman in the park and put her in a bear hug.

She was able to get away and call police.  She described the man as about 5'7 in height, with a larger build.  He got away in a white van.  Officers said the victim was visibly shaken when they arrived on scene.  She was walking alone in the park after dark.

Other law enforcement agencies were told of the incident.   West Allis Deputy Chief Robert Fletcher says this is an active investigation that will continue.

\"Our detectives will continue to to talk with the victim in the incident to see if she remembers any further details,\" Fletcher said.  \"Sometimes that happens what somebody might remember right after it they might remember some other details afterwords that could help us. Will also look at any other type of suspicious activity in the city and might have similarities.\"

The police department hopes anyone with information about suspicious people or actions near the parks will call police.

Those who visited the park Tuesday said they will pay closer attention to their surroundings.