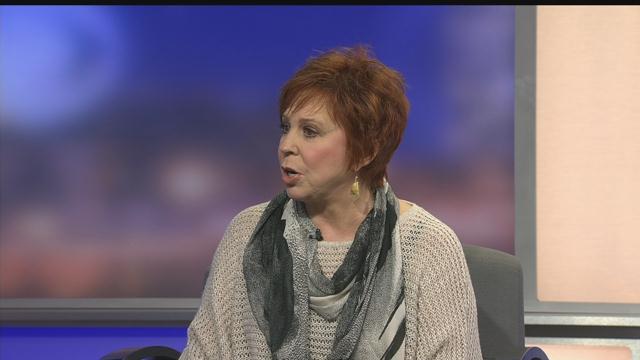 A well-known face from the Golden Age of television stopped by the CBS 58 studios today.

Vicki Lawrence, better known as Mama from the Carol Burnett Show, sat down with Morning Anchor Kate Chappell to talk about something very important to her.

Lawrence has a condition known as CIU or Chronic Idiopathic Urticaria.

Lawrence was diagnosed in 2010 and is now part of a national program encouraging other people to get treated.

“It's different for everybody, but it's frustrating trying to find a cure when it's nothing you've done. So for people out there, I want them to know they're not alone. There are 1.5 million of us in this country. It affects more women than men, but there are guys out there dealing with this too. Let them know that there are solutions, there are ways to manage it,” said Lawrence.

Lawrence says if you suffer from CIU to keep a diary of your outbreaks and talk with a dermatologist or allergist familiar with the condition.

And of course we couldn't let her go without talking about her experiences on two television shows that air on our sister station ME TV.

"I feel so lucky to have touched the golden age of television and to have learned with such great comediennes what I know about comedy,” said Lawrence.

Lawrence does have a connection to our area her husband was born in Fond du Lac!