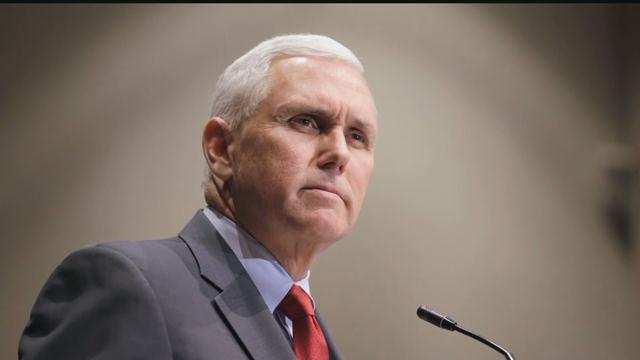 “I think one of the best things Trump has done in this campaign was when he announced Mike Pence was going to be his running mate,” Gov. Walker told the crowd.

“His state has incredible employment, in fact they have the lowest unemployment they’ve had in a decade and a half,” Gov. Walker said.

And when he took the stage, Gov. Pence told the crowd he’s “a Christian, a conservative and a Republican, in that order.”

Gov. Pence says he knows what strong Republican leadership means and drew similarities between what he’s done in Indiana and what Gov. Walker’s done in Wisconsin.

Gov. Pence also says the difference between himself and the Democratic vice presidential nominee Tim Kaine, is drastic.

“When then Gov. Tim Kaine was in office, first thing he did was propose about $4 million in tax increases, on the people of Virginia,” Gov. Pence said. “I’m proud to say with the support of our conservative legislator,     we’ve enacted more than $3.5 billion in tax relief for Hoosiers between now and 2022.”

Gov. Pence will travel to Michigan on Thursday.