WAUKESHA (CBS 58) -- Vice President Mike Pence visited the Waukesha STEM Academy for a roundtable on school choice on Tuesday, June 23. He was joined by Secretary of Education Betsy DeVos.

The two met along with Kellyanne Conway and talked with local education leaders and parents. 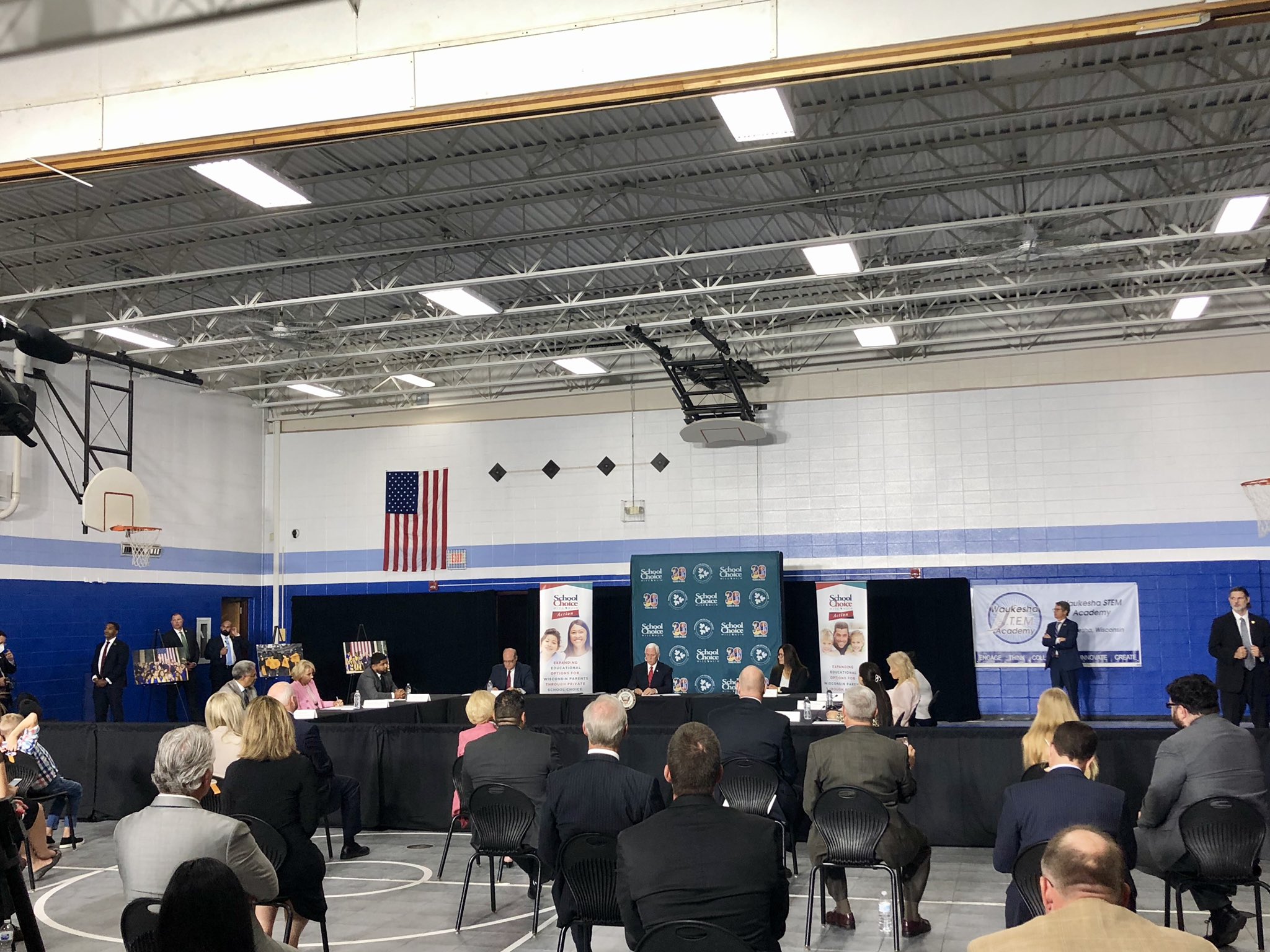 The discussion was on school choice which allows public funds to follow a student to a school of their choice whether that is public or private.

Before the event began, protesters gathered outside the school.

One protester told CBS 58 she's frustrated public funds can be used at schools that don't support the LGBTQ community, but VP Pence praised the program, saying he's a product of both public and private education.

"I truly do believe, as the president does, and as Wisconsin has demonstrated every day, that by empowering parents to choose where their students go to school, we're inviting excellence all across education," Vice President Pence said.

"Public funds need to go to the public schools where all children are going to be treated equally," said Amy Voss, Waukesha resident.

After the roundtable event, Vice President Pence made his way to Pewaukee for a rally inside the Ingleside Hotel.