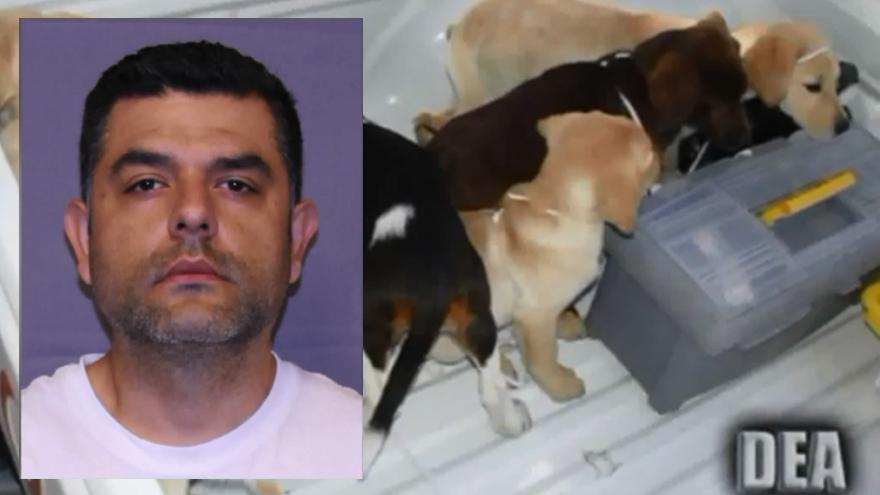 CADMAN PLAZA, Brooklyn — (PIX11 VIA CNN) He's a veterinarian accused of violating, in the worst way, his training to protect animals. Instead, say federal prosecutors and drug enforcement agents, Andres Lopez Elorez, 38, abused his animal medical training by implanting packets of liquid heroin into the abdomens of puppies, in order to illegally transport the drugs into the United States.

The scheme was disrupted back in 2005 by U.S. and Colombian drug agents. While a variety of other people involved in the operation were arrested and convicted, Lopez Elorez fled his native Colombia. He was arrested in late 2015 in Spain, where he fought extradition to the U.S.

That fight ended on Monday when U.S. Drug Enforcement Agents were able to take him into custody here in New York.

On Tuesday, Lopez Elorez went before a judge here and pled not guilty to trafficking heroin through means that are considered unorthodox, to say the least.

"It's just all around bad," said Phyllis Taiano. She's the founder of For Paws Sake NYC, an animal rescue organization. Through her efforts, the lives of hundreds of dogs have been saved. That includes Taiano having gotten medical help for many of them. It's legitimate help, as opposed to the surgeries done on the seven puppies, she pointed out.

"To sedate a puppy twice in one week's time is a huge risk," Taiano told PIX11 News. Complications can arise from sedation, and infection is a constant concern, she said.

Worse still, said Taiano regarding the liquid heroin, "if that packet opens" in a puppy's abdomen, "he'll die."

At the hearing on Tuesday, the judge ordered permanent detention for Lopez Elorez pending trial.

Since the puppies were seized in 2005, all have apparently died, but some lived happy and interesting lives. Two became pets, one for the family of a Colombian National Police, or CNP, officer. Another of the dogs ended up being trained as a drug sniffing dog for the CNP.

Lopez Elorez's next court appearance is in June. He has requested a speedy trial.