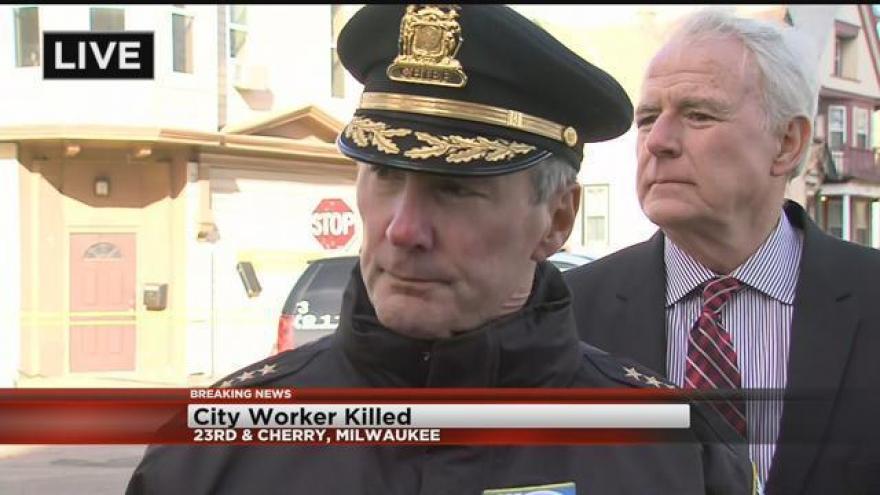 MILWAUKEE - A City of Milwaukee DNS Special Enforcement Agent was shot and killed in his car near 23rd and Cherry around 2 p.m. this afternoon.

The DNS worker was at work at the time of his shooting. According to Police Chief Ed Flynn, "The DNS employee was here on official business. He was going to do a house inspection on this block and that was why he was here. He was wearing a windbreaker that clearly identified himself."

"It's a very difficult time for the city of Milwaukee family to lose an individual who spent 33 years of his career working for the department of neighborhood services," Mayor Barrett said.

"We have been conducting a neighborhood canvas in an attempt to find an eye or ear witness to this event," said Milwaukee Police Chief Ed Flynn.

If you have any information about this crime, you are asked to call the Milwaukee Police Department.

This is a developing story. Stay with CBS 58 News for more information as it becomes available.