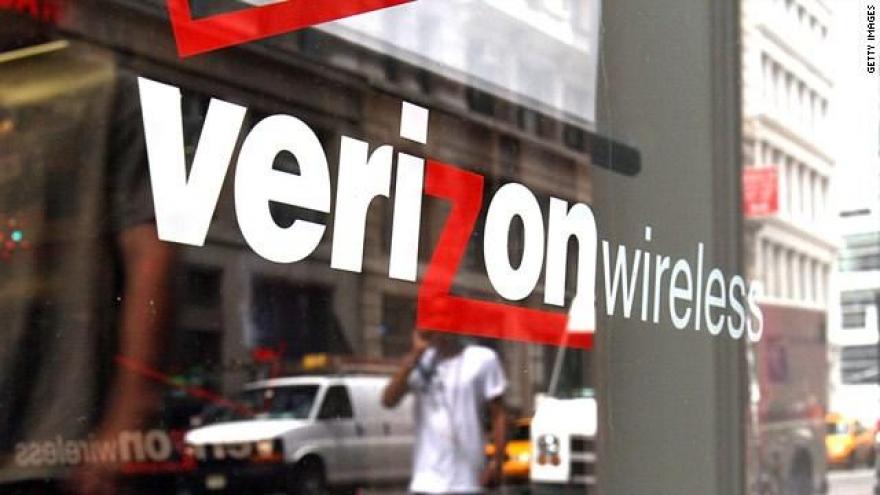 (CNN) It looks like Paul Marcarelli -- the guy who used to say \"Can you hear me now?\" for Verizon but became a Sprint pitchman last year -- isn't the only one who's left Verizon lately. The company lost a whopping 307,000 wireless customers in the first quarter.

Competition from Sprint -- as well as T-Mobile -- appears to be taking its toll on Verizon. The company also reported that earnings and sales for its latest quarter missed Wall Street's forecasts.

Verizon's stock is now down 10% this year while Sprint (S) and T-Mobile (TMUS) are both up. Verizon is also lagging key rival AT&T (T, Tech30) -- although Ma Bell's shares are down 5% in 2017. (AT&T is in the process of acquiring CNNMoney owner Time Warner (TWX).)

Verizon and AT&T are both facing tougher competition from their two smaller rivals, who have aggressively marketed unlimited calling, texting and data plans.

Verizon's quarterly subscriber loss was the first of its so-called postpaid wireless customers in the company's history.

(Postpaid subscribers pay as they go, getting a monthly bill, while prepaid customers pay in advance for a certain allotment of minutes and messages.)

Wall Street analysts were predicting that Verizon had added more than 200,000 postpaid subscribers in the quarter. So Verizon clearly disappointed investors -- by a mile.

But there was some good news. Verizon said that since it launched its own unlimited monthly plan back in mid-February, it added 109,000 postpaid customers.

They key for Verizon though will be whether or not it can build on the momentum from the end of the quarter.

Verizon also is still juggling many different balls in the air. The company is in the process of acquiring the core assets of Yahoo. Verizon plans to merge the Yahoo business with its AOL unit and rename the combined company with the odd moniker of Oath.

Yahoo (YHOO, Tech30) said in its own earnings report earlier this week that it expected the Verizon deal to close sometime by the end of June.

But some investors aren't sure if the merger of Yahoo and AOL will actually make the two -- which were kings of the Internet in the late 1990s but have suffered a fall from grace since then -- more competitive against the likes of Google (GOOGL, Tech30) and Facebook (FB, Tech30).

It doesn't help that Verizon said in Thursday's earnings report that AOL's revenues fell 4% in the first quarter.

That's led to chatter that Verizon may not be done shopping.

And Verizon CEO Lowell McAdam further fueled the merger talks earlier this week, saying in an interview with Bloomberg that he'd be open to talks with Disney (DIS), Comcast (CMCSA) or CBS(CBS) if the heads of any of those companies gave him a call about a deal.

There has also been speculation that Verizon could be interested in buying cable company Charter (CHTR).

But MoffettNathanson analyst Craig Moffett doesn't think Verizon really wants to do a gigantic transformative media deal like AT&T, which has also scooped up DirecTV, has.

Moffett wrote in a report that Verizon is likely to remain focused on wireless. He said Verizon still believes, that for better or for worse, it can \"win through a strategy of network superiority.\"

Can you hear that now, Wall Street?