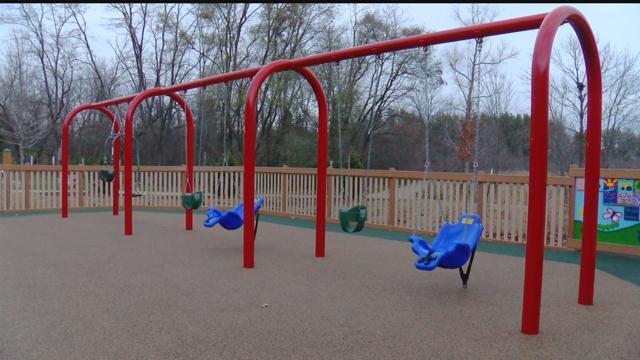 Vandals loosened the bolts on swings at Kayla's Playground in Franklin, according to Franklin Police.

Officials looked at the swingset and determined that someone had loosened the bolts.

“There's just a lot of people with sick senses of humor that just thinks that that's funny? I don't know why they would target any parks for that matter. Once I became a parent this became a respite for me I get to meet other parents, my daughter gets to meet other kids,” said Andrew Nelson, a parent who uses the park.

This park has been vandalized two other times recently.

The park was vandalized once during construction in September, and just about a month ago on its opening day when someone found explosive plastic bottles in Franklin Woods.

Police said their investigation into the vandalism is ongoing.

The playground was built for children of all ages and all abilities.

That play space featured a swing that allowed, for anyone in a wheelchair. It is called a 'liberty swing.'