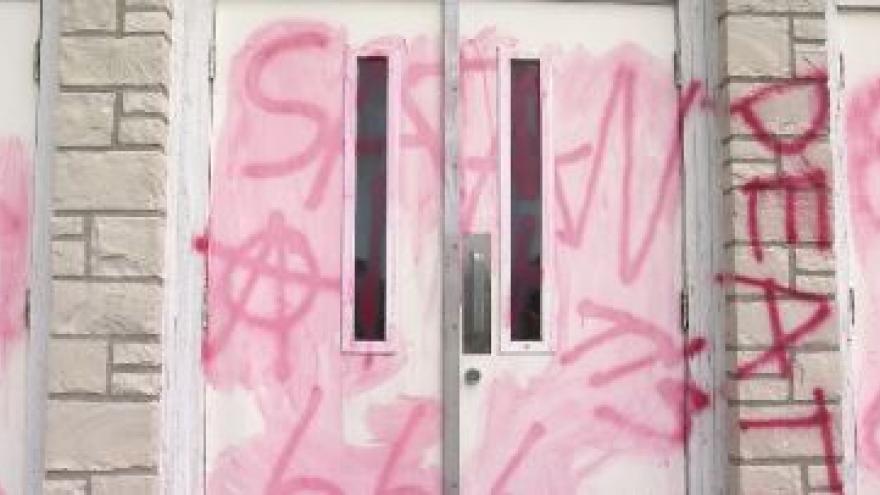 A deputy responded to a call around 10:30 p.m. on Saturday for a report of criminal damage to property. A county parks employee reported that there was graffiti on the park pavilion doors, covering all three entrances from side to side and top to bottom.

The hate speech allegedly included '[expletive] Jews' 'death to all' '666' and sketches of vulgar and anarchist symbols.

People out enjoying the park Sunday were upset to see the hateful words.

“This should have never happened,” Rita Smoczynski , West Allis resident, said. “I don’t know why people are behaving in this manner.”

The Sheriff's Office, the Parks Department, and the West Allis Police Department are now investigating.

“Hate speech is absolutely unacceptable and will not be tolerated. Not only did these troublemakers deface public property, but they also maliciously attacked the Jewish community,” said Sheriff Richard Schmidt.

The park employee said the graffiti was not there at 7:00 p.m. when he was at the building.

No suspects were seen in the area.

“We were just walking and we noticed it and it was irritating,” Rome Romero, who lives near the park, said.