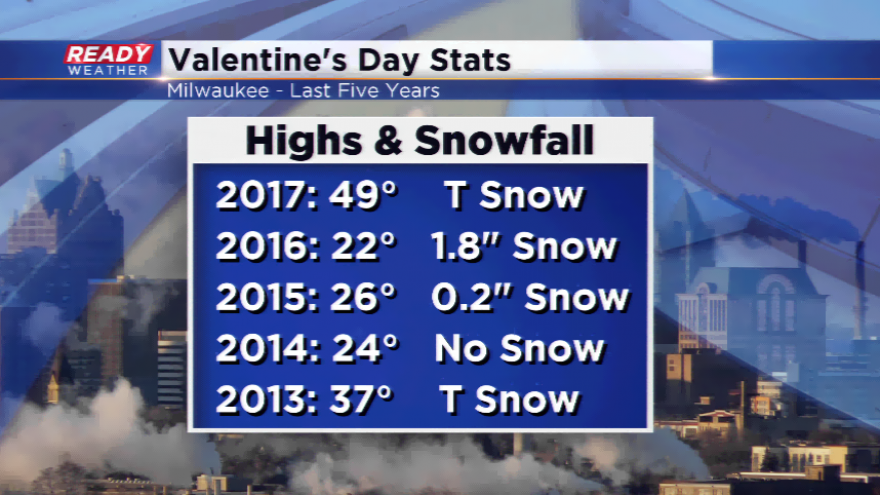 We can all remember what last February brought us in terms of the weather, right?! It was a month of February most will not forget. We even had a high in the 70s!

Valentine’s Day is typically a cold holiday, but last year’s high of 49 degrees was one of the warmest in years. However, it was not a record. The record high on V-Day was set back in 1954 of 55 degrees. So we were close to the record, and much closer than the average high of 32 degrees. 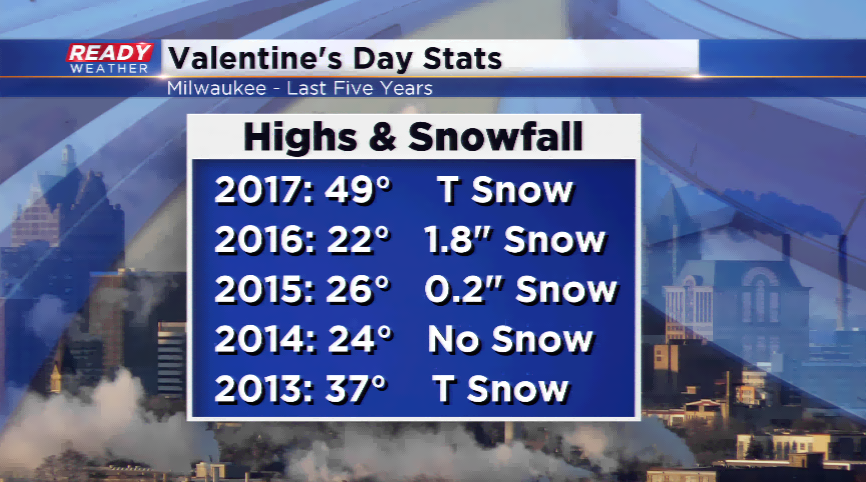 Today will feature the warmest day of the month thus far with highs in the mid-40s. Expect some of that snow to melt!