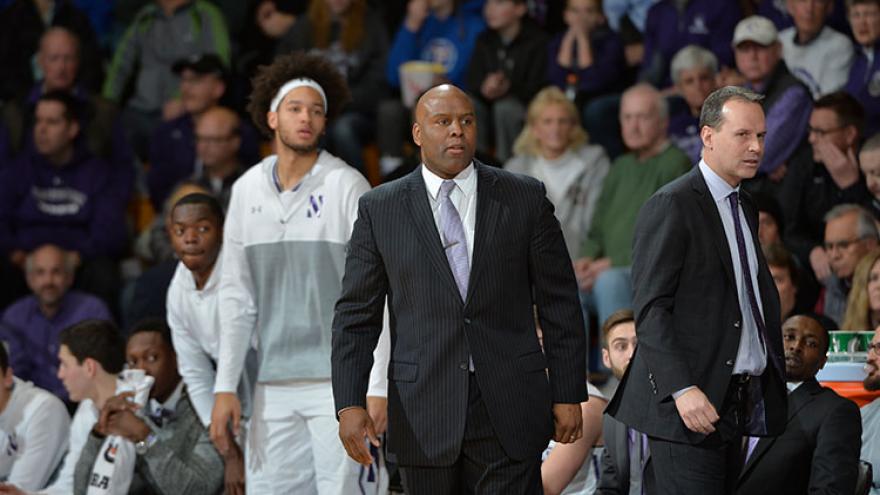 After four years as a top assistant at Northwestern University, helping lift the perennial also-ran into a Big Ten title contender, Patrick Baldwin was ready for his step up.

He got that on Tuesday, when he was named head coach of the UW-Milwaukee men’s basketball team.

Baldwin becomes the seventh head coach since Milwaukee’s 1990 move to NCAA Division I. He will be formally introduced during a news conference on Thursday.

“I am extremely excited about this opportunity to lead a program that has a great tradition of winning, resources to help facilitate our ascension in the Horizon League and commitment from the entire administration,” Baldwin said. “Our main goal and focus is to compete and win championships. I can’t wait to get started with our current roster of student-athletes and work toward achieving great success both on and off the court.”

A key member of the Northwestern coaching staff under head coach Chris Collins, Baldwin helped the Wildcats increase their win total in each of his four years there.

That culminated last season with a school-record 24 victories and the first NCAA tournament berth in school history. NU’s 2016-17 season also included 10 wins in Big Ten play for the first time since the 1930s. That followed what was a school-record 20 wins during the 2015-16 campaign.

As an assistant coach at NU, where he worked primarily with the guards, Baldwin helped the Wildcats land recruiting classes ranked in the nation’s top 30.

“Patrick has played a major role in the resurgence of a successful program and is ready to take the next step as a head coach,” said Braun. “We are very happy that step will be taken at UWM and as a Panther. He is very familiar with the Horizon League and the Midwest and will continue to build on the foundation we have put in place.”

Baldwin, a 1994 graduate of Northwestern, was one of the top players in school history. He still stands among the top 20 scorers, was a three-time team captain, graduated as the school’s all-time leader in steals and assists, and was the Big Ten Defensive Player of the Year as a senior.

He played professionally in Bosnia and Croatia before joining the coaching ranks. He has valuable firsthand experience in the Horizon League, beginning with two seasons as an assistant at UW-Green Bay before a seven-year stop at Loyola Chicago, where he finished as the associate head coach. Prior to arriving at Northwestern, he spent two seasons at Missouri State, where he recruited Missouri Valley Conference Freshman of the Year Marcus Marshall.

A native of Leavenworth, Kansas, Baldwin got his coaching start during the 2001-02 season at Lincoln University in Jefferson City, Missouri.

“Pat has played an integral role in the building of our program at Northwestern over the last four years. He has been heavily involved in all aspects of the program, whether it be on the court as a coach, in recruiting, in the community or with our alumni. He is more than ready to head to Milwaukee and do a terrific job. I know that he will do great things.”