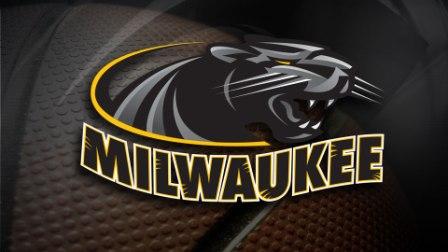 UW-Milwaukee Athletic Director Amanda Braun responded Tuesday to criticisms of the firing of former men's basketball coach Rob Jeter. Jeter was fired recently after 11 seasons on the job, and shortly after Braun declined to send the Panthers men's basketball team to any postseason tournament outside the NCAA and NIT.

Braun says, "if you consider the number of years that our coaching staff was in place, and the opportunity to build relationships in the community and the good things that they did do, and people felt really good about, yeah, you know that you're going to get a reaction."

The reaction has been strong. Four UWM players, including three of the team's top scorers, are asked for their release from the program. Akeem Springs was among those venting via Twitter that Braun didn't give Jeter's staff a chance to succeed.

"My reaction to that is allowing them to feel what they feel, listening to them, giving them avenues to talk," the UWM AD said. "They all have my cell number if they want to talk to me, we can set up time, they can call me anytime. I've told them all that. We're committed to them."

State Senator Lena Taylor recently accused Braun of not having diversity among her staff. Holden asked what role diversity plays in filling out the new men's basketball staff.

"It's a high priority for us," said Braun. "When I arrived, we didn't have a lot of diversity in our department, so we need to continue to work toward that in every position that we fill."

Braun is making progress on finding a replacement for Jeter. She says the ideal candidate will have leadership on the court as well as a commitment to academics, the campus and the community.