UW Worried about Bill to Ban use of Fetal Tissue 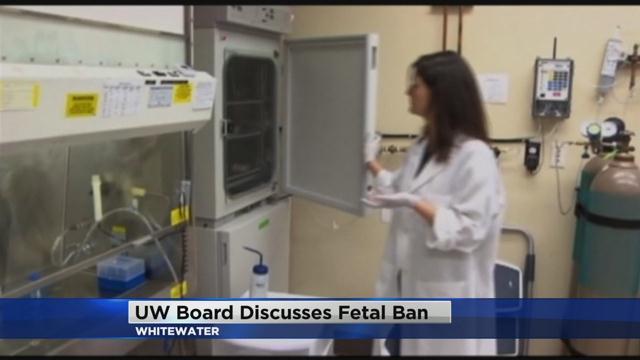 The UW Board of regents says it has concerns about a bill banning research on fetal tissue  though didn't go so far as making an official statement on the legislation.

The Board met in Whitewater Friday afternoon to discuss the issue.

If the bill passes through the Wisconsin Legislature, it would be a felony to do research on fetal tissue derived after January 1, 2015.

State Senator Steve Nass explained why he's a co-sponsor on the bill, \"it doesn't make it right to take aborted babies, some that are alive, then killed, use their body parts, and then insert them into testing and lab work and arguing the outcome could be a cure for diabetes or cancer or something else.”

UW-Madison Chancellor Rebecca Blank said during the meeting the potential impact of the bill could be huge by driving researchers away to other universities.

Right now, ten legislators have signed on to co-sponsor the measure.