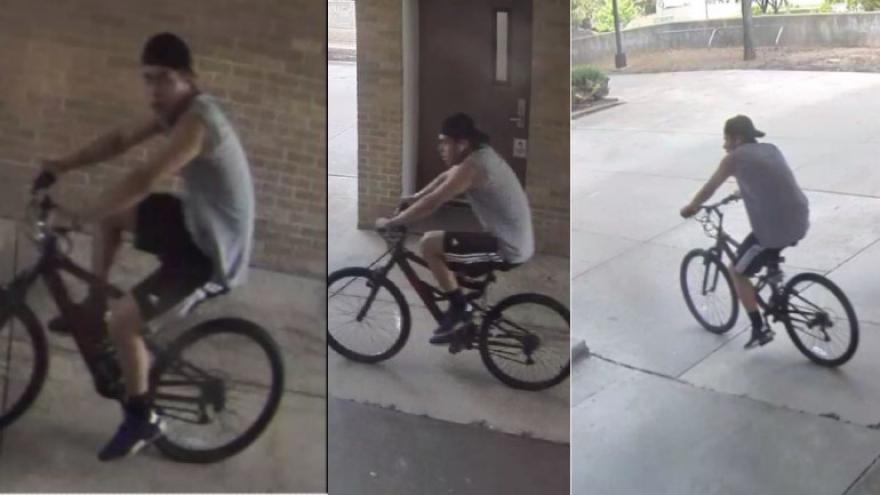 WHITEWATER, Wis. (CBS 58) --- The UW-Whitewater Police are investigating a daylight stranger sexual assault that happened on Saturday, May 22 around 12:30 p.m.

Police are asking for the public's help to locate and identify the male suspect.

Police describe the suspect as a white man, who is possibly Hispanic with a tan complexion. They say he is in late teens or early 20's with an athletic build, black hair, and is taller than 5'6.

Police say at the time of the incident he was wearing a grey t-shirt, black Adidas athletic shorts, black or dark blue Adidas "NMB" style shoes, and a black baseball hat worn backwards.

According to police, the suspect traveled to and from the assault location on a dark colored soft trail mountain bike. He had white wireless earbuds in both ears.

During the assault, the suspect stated he was from Virginia.

If you have similar incidents or know of a subject who fits the aforementioned description, please contact Detective Cal Servi 262-472-4660 or servic@uww.edu.