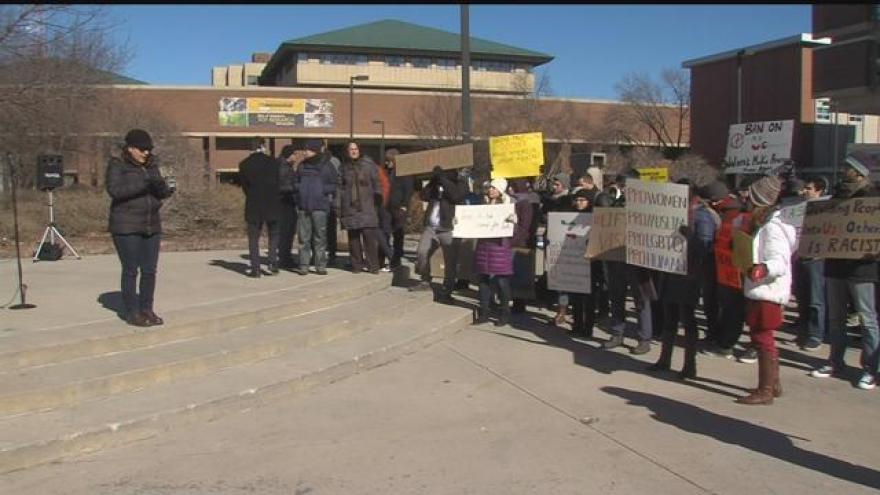 People opposed to the President's Executive Order on refugees entering the U.S. once again gathered on the UW Milwaukee campus Thursday morning.

They maintain that it targets Muslims and they aren't accepting any of the administration's explanations to the contrary.

Organizers say despite the bitter cold, they say the turnout as a sign that this remains a hot button issue that will not go away, even when a decision is reached by the courts.

Meantime, Democratic Senator Richard Blumenthal of Connecticut says while in a meeting with President Trump's nominee for Supreme Court, Judge Neil Gorsuch told him that he was "disheartened" by the President's tweets regarding the judicial review of his travel ban.

The senator says the judge should go public.

"He needs to make that statement publicly and condemn this attack on the independence of the judiciary and show the American people that he will be independent, " said Blumenthal.

A spokesperson for the judge confirmed the exchange.

Still, President Trump criticized Blumenthal and questioned whether he was telling the truth,citing that Blumenthal lied about serving in Vietnam.