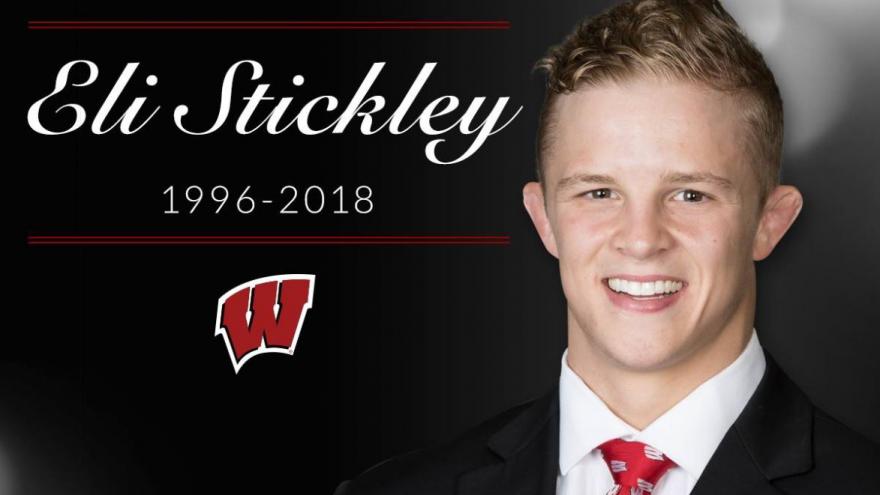 MADISON, Wis. (AP) — A University of Wisconsin wrestler was killed in a vehicle crash in Illinois, according to police and the school.

Wrestler Eli Stickley was killed Thursday night, the university's athletic department confirmed in a written statement. Stickley was a native of Urbana, Ohio, and wrestled in the 141-pound weight class at Wisconsin.

According to Illinois State Police, Stickley died after his Nissan pickup left the roadway on Interstate 74 in Henry County.

Stickley and a passenger were taken to Illini Hospital, where Stickley was pronounced dead, according to a police statement. The passenger's identity and injuries were not immediately disclosed. Police did not have an update on the passenger's condition Saturday.

Stickley joined the Badgers in 2015 and had a 21-14 record last season. He was an Ohio Division II state champion at 120 pounds in 2014 with a 50-3 record. Stickley's uncle is U.S. Rep. Jim Jordan, an Ohio Republican who won two national championships at Wisconsin in the mid-1980s.

"The world lost a really good kid," Badgers coach Chris Bono, who took over the program in March, told the Wisconsin State Journal.

The team is on break and wasn't due to return to Madison until next week, Bono said.

"I think that's when it'll really hit home, when everybody's together," he said.