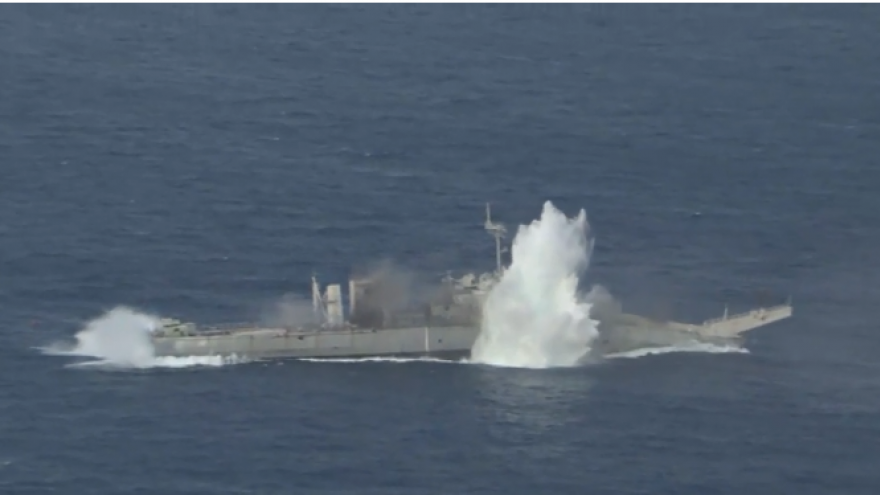 As part of RIMPAC 2018, the U.S. Navy along with units from Australia and Japan, combined forces and sank the decommissioned USS Racine.  The live fire exercise from aircraft, a submarine and land assets sank the former landing ship on July 12, in 15,000 feet of water about 55 nautical miles off Kauai, Hawaii in the Pacific Ocean.

According to the U.S. Navy, RIMPAC is the world’s largest international maritime exercise with more than 25,000 military personnel from 25 nations, 46 ships, five submarines and more  than 200 aircraft.   The exercises are scheduled to continue through August 2.