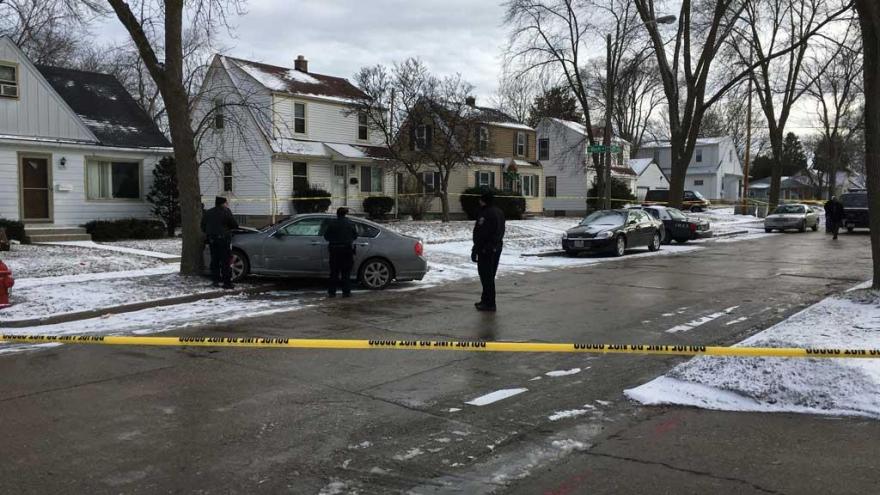 UPDATE: A U.S. Marshal was struck by a suspect’s car on Thursday in Milwaukee.

According to the U.S. Marshals, Staten was wanted on several state warrants.

When members of the US Marshals Fugitive Task Force approached a residence in the 5700 block of West Birch Avenue where Staten was believed to be hiding, he was observed in a vehicle in the driveway next to the target residence.

Staten immediately drove the vehicle in the direction of the approaching task force officers, several of which had to jump out of the way to avoid being hit.

One deputy US marshal was struck, and consequently fired shots that struck the vehicle.

After driving through a neighboring yard, the vehicle ran into a tree.

Staten then exited the vehicle, and a brief foot chase ensued.

Staten was subsequently taken into custody without further incident.

The deputy that was struck taken to an area hospital where he was treated and released without serious injury.

ORIGINAL: U.S. Marshals are on the scene at 57th and Custer.

Milwaukee Police said they were on scene with the U.S. Marshals.