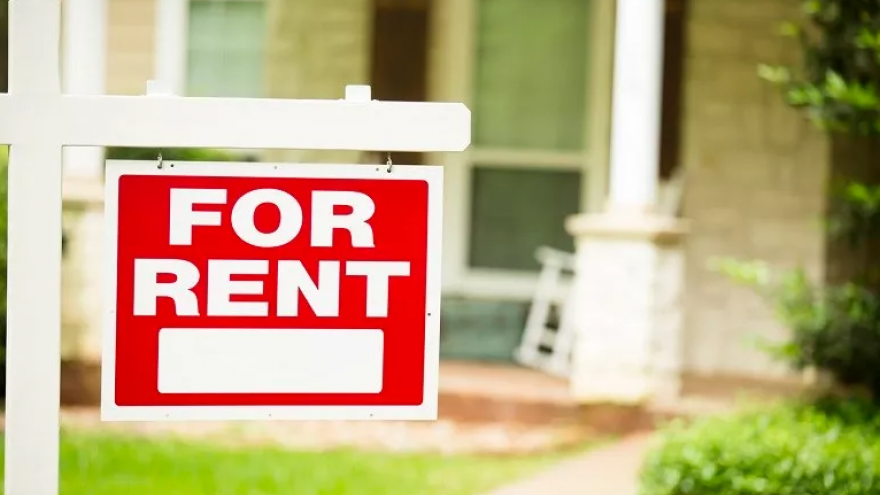 (CBS NEWS) -- Think your rent is pricier than ever? You may be right.

The national average rent reached an all-time high of $1,405 in June, a 2.9 percent increase from a year earlier, according to data from Yardi Matrix.

It's the latest sign of a U.S. economic boom that's pushing prices higher, just as job growth breaks another record and the Federal Reserve says it's starting to get concerned the economy may overheat.

Of the 250 biggest U.S. cities, 88 percent saw increased rents, 10 percent were unchanged and just 2 percent fell compared with June 2017, according to Yardi Matrix.

The 20 biggest increases were in small cities, "where population migration and the strengthening economy are accelerating rent growth," according to the Yardi Matrix report.

Two oil-boom cities in Texas led the way, with average increases in Midland of 39 percent and Odessa at 37 percent. Los Angeles suburb Lancaster, California; Reno, Nevada; and Peoria, Arizona, a Phoenix suburb, all had average rent increases of about 10 percent.

Megacities didn't escape the boom, even with lower percentage increases. Manhattan broke its 12-month streak of "sluggish" rent growth -- declines or stagnant growth -- with a June increase of 1.5 percent compared to June 2017.

Orlando led megacitiy rent increases at 8.4 percent, which Yardi called the most "significant" growth in its category. Las Vegas led larger cities higher, up 7 percent, followed by Phoenix at 6.4 percent and San Diego at 5.4 percent.

Tampa, Florida, set the pace for mid-size cities with rents up 6.2 percent year-ver-year in June. Sacramento, California, and Mesa, Arizona, were next on the list at 5.9 percent each. Prices in Wichita, Kansas, and Tulsa, Oklahoma, remained virtually flat.

Only a few markets saw June rents decline from a year earlier, and most of those markets were in Texas: Brownsville fell 1.9 percent to lead declines. Norman, Oklahoma, was next at a 1.8 percent drop, with Baton Rouge, Louisiana, next at 1.3 percent. McAllen, Texas, and Lubbock, Texas, rounded out the top five declines at 1.2 percent and 1.1 percent, respectively.