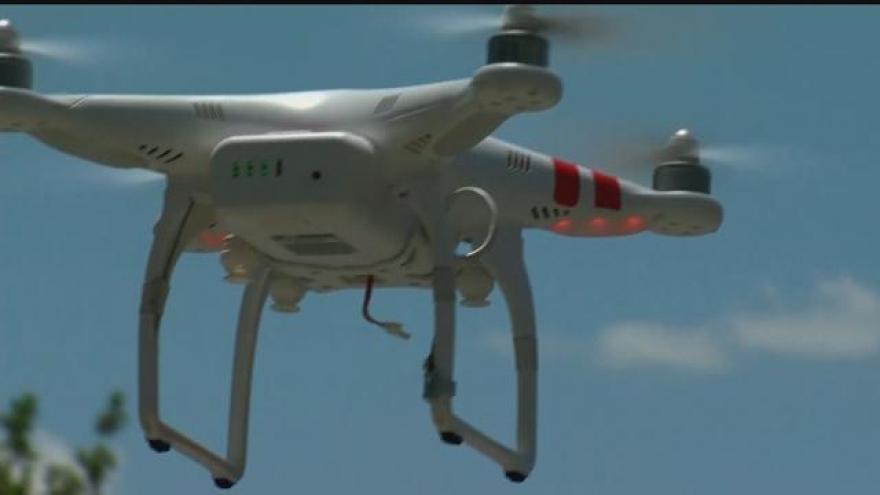 (CNN) There are a lot of drones in the United States -- and the number is growing rapidly.

More than 770,000 U.S. drone registrations have been filed in about 15 months, the Federal Aviation Administration's Michael Huerta said at a conference on Monday.

That's an increase of 100,000 in the past three months alone. At the Consumer Electronics Show in Las Vegas in January, FAA administrator Huerta said the agency had recorded 670,000 drone registrations at that time, as Recode noted.

"We're ushering in a new age of American aviation: the unmanned aircraft era. And it's moving at a quicker pace than anything we've seen before," Huerta said in a speech at the second annual FAA Unmanned Aircraft Systems Symposium on Monday.

While this figure has often been reported as the number of drone owners, the breakdown is a bit more complicated. Individual "hobbyists" receive just one ID number for all the drones they own, while anyone other than hobbyists -- which primarily consists of commercial users -- must register each drone separately.

The FAA made it mandatory to register drones starting in December 2015, and the agency expects usage to keep climbing. Last week the group released estimates predicting the number of small hobbyist drones in the United States will triple to about 3.55 million in 2021 from 1.1 million in 2016.

But challenges remain, Huerta said in Monday's speech. "Introducing these operations into our airspace also introduces a unique set of challenges. There are obvious safety questions. What happens to people on the ground if a drone flying overhead fails?"

He also pointed to security concerns: "How can we make sure unmanned aircraft don't gain access to sensitive sites?"

To address these difficulties, the FAA is launching a new Aviation Rulemaking Committee comprised of aviation, tech, law enforcement and safety personnel to help create standards for identifying and tracking unmanned aircraft.

The agency is already testing tools to detect unauthorized drone operations and other critical infrastructure, Huerta said. The FAA has also issued over 37,000 "remote pilot" certificates, which allow people to fly drones for commercial purposes in specific conditions.

Companies are also trying to tap into the potential of drones.

Last month, UPS (UPS) successfully tested a drone that launched from atop its delivery car. Drones could one day help the company deliver packages in rural areas. Meanwhile, Amazon(AMZN, Tech30) made its first drone delivery in the U.K. last December and plans to expand the service to dozens of customers close to its British facility soon.