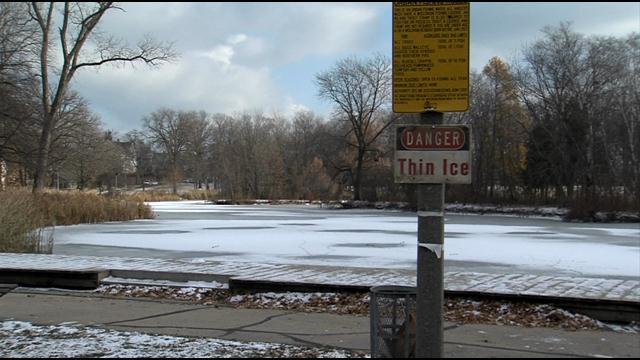 The U.S. Coast Guard's ice-rescue team spent their week concentrating on bodies of water that are still frozen.

They helped train a number of local first responders in ice-rescue.

Pewaukee firefighter Marvin Hendry is one many that went through this ice rescue training.

"I've been with the city of Pewaukee for about 14 years, and all that time we've done ice rescue," said Hendry.

A takeaway for citizens from today's training is that right now is the time to simply stay off the ice.

"Because the weather's getting warm, the water's warming up, there's really no safe ice," said Petty Officer Joel Washbond with the U.S. Coast Guard.

Before the training started, there was a real-life example of the ice dangers. There were people on the lagoon ice fishing. Officer Washbond says they saw the ice breaking up and becoming unsafe.

"And the whole group of fisherman ... all got off at the same time,” said Washbond.

They were lucky, but Hendry says others haven’t been.

"We've had situations where we have to pull people from freezing water and off the ice," said Hendry