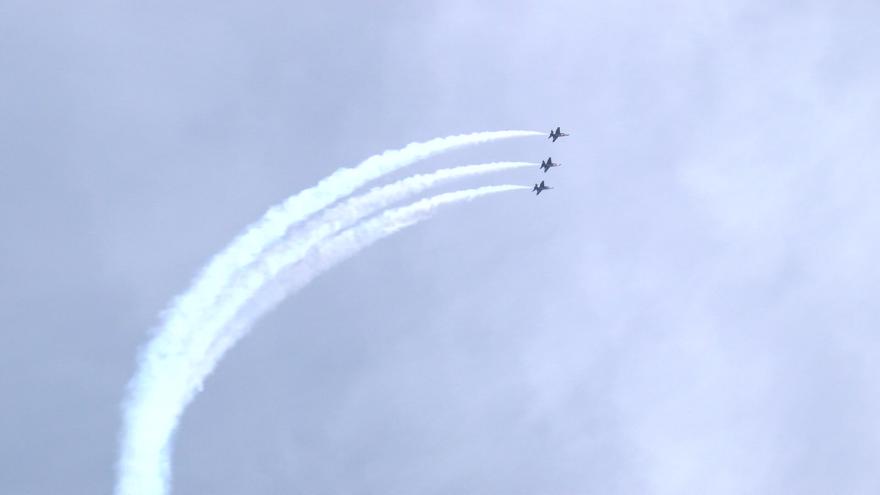 NELLIS AIR FORCE BASE, Nev. (AP) — A U.S. Air Force Thunderbirds pilot was killed in the crash of his F-16 Fighting Falcon jet during training over the Nevada desert, the service said Thursday.

The jet went down around 10:30 a.m. Wednesday during a routine aerial demonstration training flight over the remote Nevada Test and Training Range, according to a statement from Nellis Air Force Base, where the Thunderbirds are based.

The pilot's name was withheld pending notification of next of kin.

An investigation of the crash was underway and the Thunderbirds' appearance this weekend at March Air Reserve Base in California was canceled.

The Air Force said it was not known how the accident will impact the remainder of the 2018 Thunderbirds season.

The incident was the third U.S. military aircraft crash this week.

Four crew members were killed when a Marine CH-53E Super Stallion helicopter crashed Tuesday in California during a training mission along the U.S.-Mexico border west of El Centro. The same day, a Marine Harrier jet crashed during takeoff from an airport in the East African nation of Djibouti. The pilot ejected.

The Air Force formed the Thunderbirds in 1953. The team's worst accident was the "Diamond Crash" in 1982. Four pilots were killed when their planes went down at Thunderbird Lake. A malfunction in the leader's plane led him and the three others to crash in the diamond formation straight into the desert