UPDATED: Milwaukee Police and ATF are Trying to Identify Arson Suspects from During the Unrest 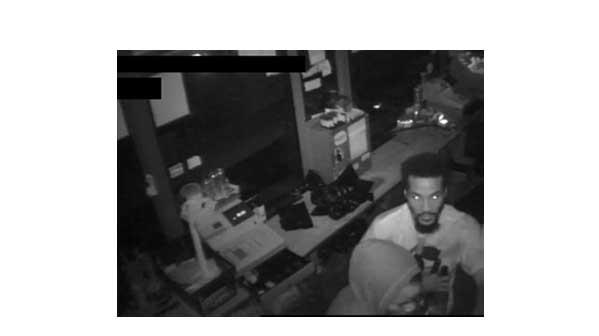 Milwaukee's bureau of Alcohol, Tobacco, and Firearms known as ATF is asking for the public's help.

On August 14, 2016 around 2:20 a.m., the MJM Liquor Store, 2229 W. Fond du Lac Avenue, was burglarized and set on fire.  Prior to the fire, witnesses described six cars pulling up to the store, with three to four people inside each car.  The suspects broke into the store, looted it, and then threw Molotov cocktails and fled.

Police released a surveillance photo taken from behind the counter at MJM Liquor. The picture is of a suspect that MPD would like the public to help identify. Anyone with information may call the Milwaukee Police Department at 414-935-7360 or the ATF at 1-888-ATF-FIRE.

The storefront of the building was boarded up last week after the ATF came through to survey the damage. Gary Mulheron owns A to Z Wholesale which provides soda, juice and beer. His store is in the same building and is owned by MJM Liquor.

Mulheron took the CBS 58 cameras inside his store to show us the fire damage from that night. He believes the person in the surveillance photo also caused the damage in his store.

"They were in my store and they poked a hole in my store to the liquor store; looted it, and then set my place on fire. I had cameras on the ceiling. They weren't hooked up, but they probably thought they were hooked up and burned the place," said Mulheron.

Mulheron says his biggest customer was the BP gas station that burned down that same night on Sherman and Burleigh. Both owners plan to rebuild their businesses, but may move out of the neighborhood to do so.

Milwaukee Police have not connected the person they are looking for to the attack on A to Z Wholesale.